Gainsborough Trinity return to action this Tuesday night in the Integro Cup against local side Lincoln United. The Holy Blues progressed through the last round with a penalty shootout victory over Spalding United, whilst the visitors also advanced via a shootout, Stamford being on the receiving end. Lincoln boast a number of former Trinity players and staff, making this tie even more interesting for both sets of fans.

Most notably of the former players, former captain Nathan Jarman returns to the Gainsborough Martin & Co Arena against the club he played 101 games for. The striker has moved into a player/coach role, assisting former Gainsborough manager Steve Housham who took over at United at the start of the season. Other former players who will also be returning will be Michael Jacklin and Matty Wilson. We may also see a return for Elliott Wilson, who has recently been playing at L 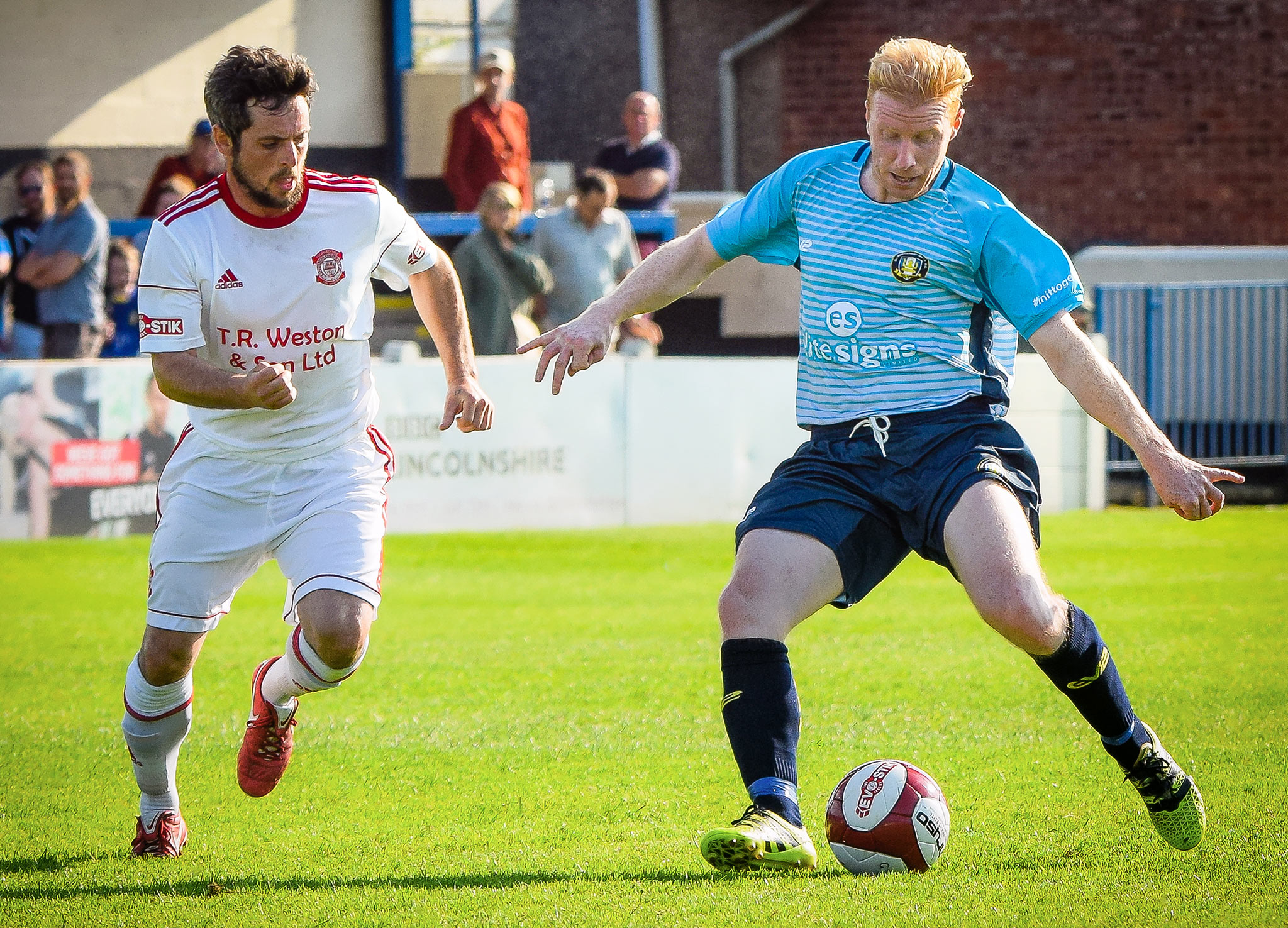 incoln. Bizarrely, he scored in the penalty shootout victory for the Holy Blues in the last round, but players cannot be cup-tied in this competition!

The visitors have been having an indifferent season, finding themselves in mid-table going into tomorrow’s game. Their away form has left some room for improvement, only winning three games so far. Last time out saw United lose 3-0 to Cleethorpes Town, former Blue Curtis Bateson scoring the third. The Holy Blues on the other hand are on their best run of the season, coming off a 2-2 draw with Whitby Town on Saturday.

This game in the Integro Cup will give Curtis Woodhouse the chance to make a number of changes in order to give fringe players the chance to get minutes under their belt. While it also allows Trinity to continue their good form and get another win under their belt. Listen to Curtis Woodhouse’s view on the cup tie above. Make sure to show your support tomorrow night at the Martin & Co Arena and welcome back some familiar faces at Lincoln. This game gives a nice break away from league action and a chance to continue our fine run of form.