Now eight games unbeaten, Curtis Woodhouse’s Gainsborough Trinity arguably face their toughest test yet in the shape of promotion hopefuls Basford United. Trinity’s current run of form and home advantage give them optimism that they can get a result tomorrow. The away side though, are also on a strong run of form, currently six games unbeaten with their last loss coming on the 21st of December at the hands of Hyde United.

The Nottingham-based side currently sit in 2nd position in the BetVictor Northern Premier League, level on points with leaders South Shields with 51. Their away form is outstanding having only lost three games all season and winning six. They most recently played on Monday night in a 1-0 victory over Witton Albion with former Derby County academy graduate Kane Richards getting the winner.

It will also see the return of former Trinity manager and fan favourite Dom Roma, who has been ever present in the Basford side since his loan spell ended at Scarborough Athletic. While it will also be the first time that Ash Worsfold, another fan favourite, will be playing against his former club since the five figure move earlier this season. They both will undoubtedly get a good reception from the Trinity faithful, adding even more spice and interest for both sets of fans.

Ahead of the game, manager Curtis Woodhouse had this to say, "It’ll be another really tough test for us on Saturday. Basford are flying high and they’re a really, really good team. They’re solid at the back and good going forward. They’re second in the league for a reason and it’ll be a really good test for us. Like I always say, and I don’t mean any disrespect when I say it, we fear absolutely nobody but respect everybody. We’ll treat them with the same respect we’ve treated eve 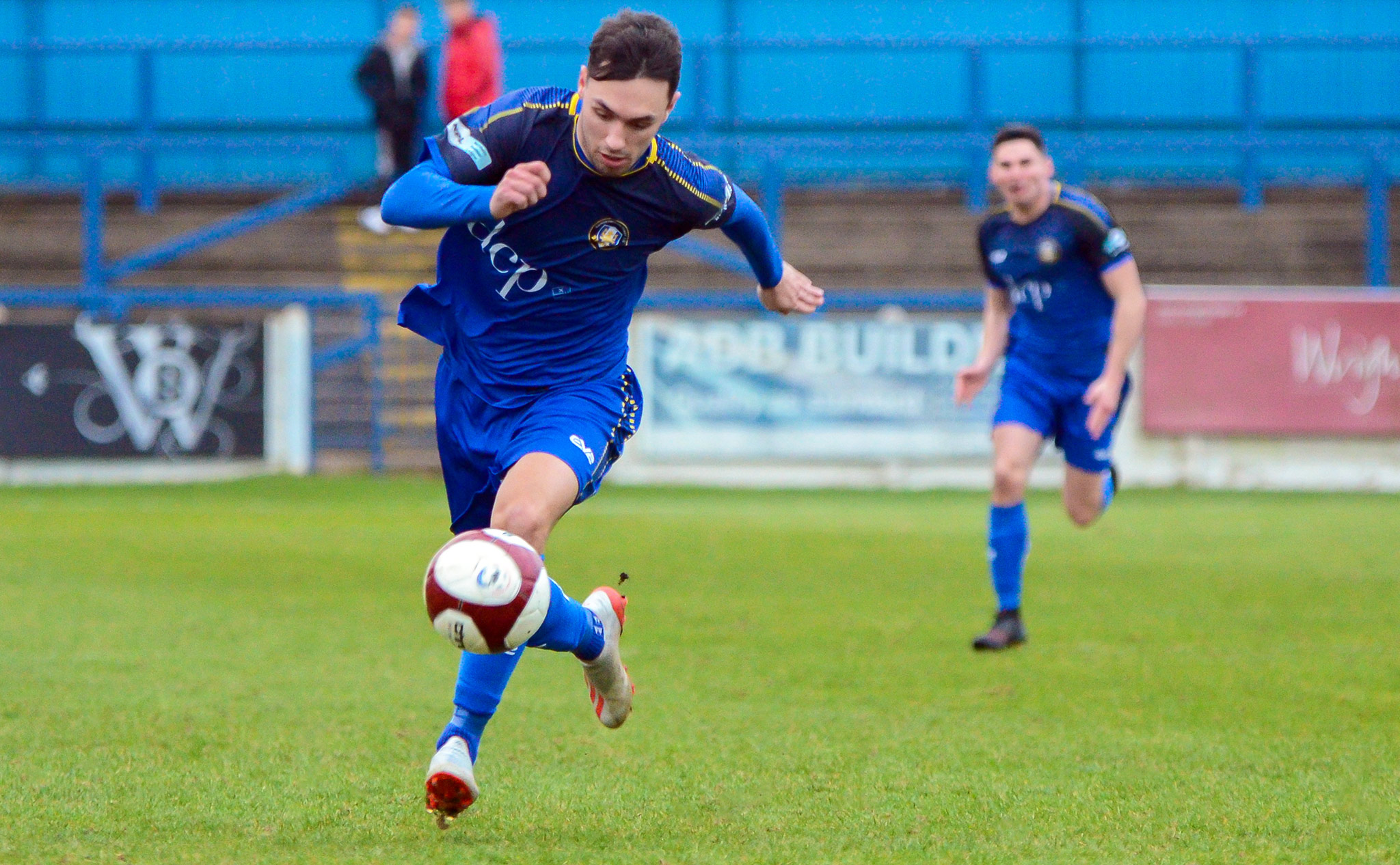 ryone else and we’ll go at the game exactly the same."

He continued, "We’re going for those three points. We’re eight unbeaten now and we’ve had a good mixture throughout the games. Some games we haven’t played great and got a win, but I think last two or three games we’ve really played well and played fast football. We’ve scored plenty of goals and defensively we’re looking rock solid now."

Gainsborough announced today that winger Curtis Morrison has left the club, in the pursuit of first team football. He impressed during his time, winning November’s player of the month and scoring as recently as Boxing Day. Woodhouse will also be without Joe Maguire, who also left the club this week after finding it hard to get consistent game time due to the performances from Nathan Stainfield and Will Thornton at the heart of the defence.

The Holy Blues have the chance to rise to as high as 14th should they take all three points and other results go their way, while climbing ever further away from that dreaded relegation zone, while they also have the chance to put a dent in the away sides title chances with South Shields having two games in hand. Whatever happens, the side need your support to get a result in what will definitely be a dog fight and a mouth-watering tie at that! Get along to the Martin & Co Arena, for a 3pm kick off and roar the Blues on to victory.