January Player of the Month: Smith

Gregg Smith has scooped the Bowland’s Brewery Player of the Month award for January following a string of impressive performances leading the line for Curtis Woodhouse’s revitalised Gainsborough Trinity. The man mountain has been instrumental in leading the Holy Blues to nine games unbeaten in the league; his robust style of play, bringing others into the game, allowing others to flourish, whilst also chipping in with some vital goals himself.

Gregg scored in the win against Matlock Town to start the month in style, scored in the 2-2 draw away at Whitby Town and grabbed a brace in the away game at Radcliffe FC and was thoroughly deserving of his award, which you can see him being presented with at the top of this page. A fantastic presence, on and off the field, Gregg fully deserved his award. We all look forward to him having a similar impact in the month of February (and beyond). Gregg is photographed above 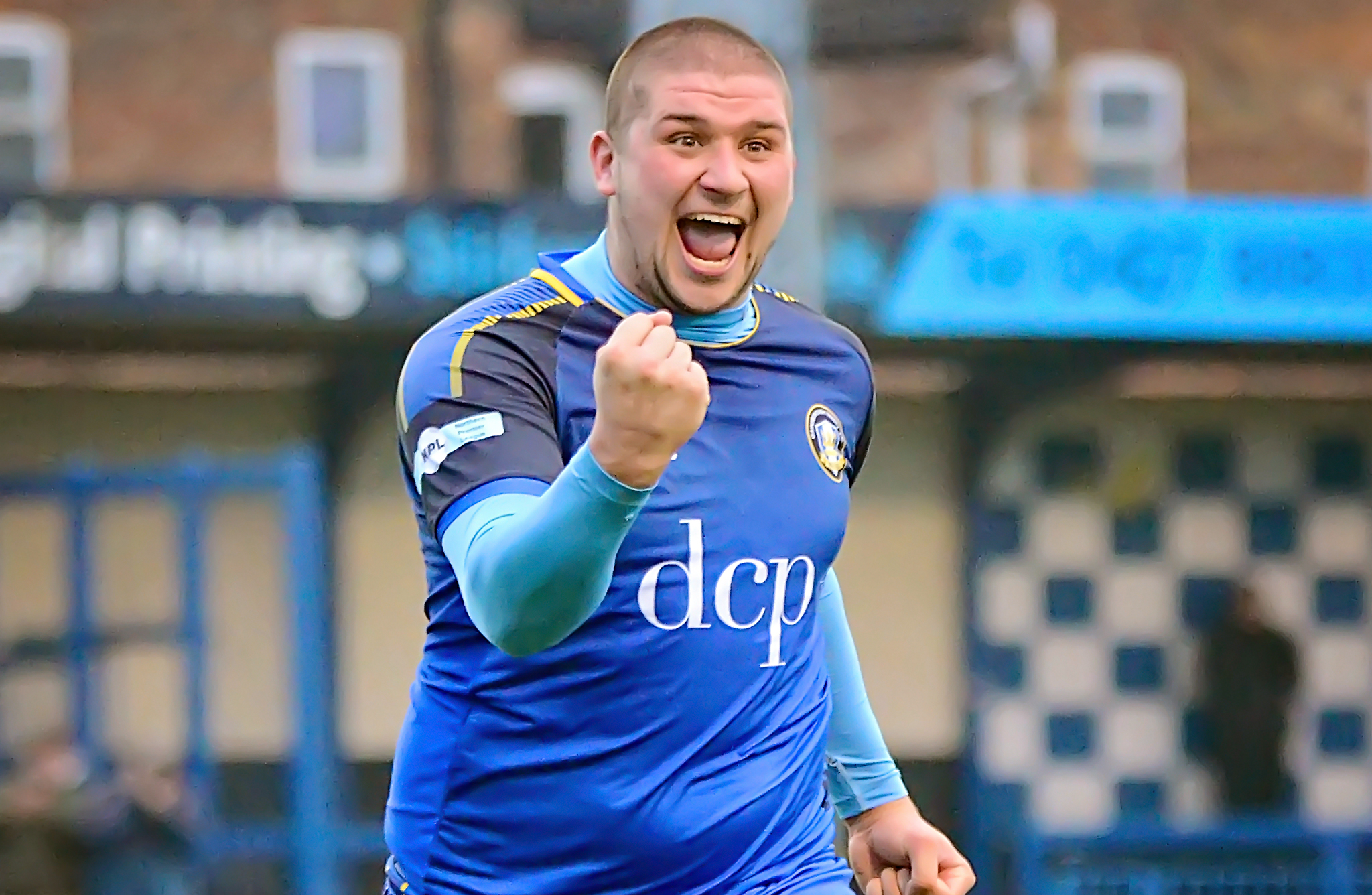 receiving his prize from one of the younger Trinity supporters, Maddie White.

Just to re-cap, so far this season Gainsborough Trinity's player of the month award winners have been as follows: