Gainsborough Trinity currently sit top of the Northern Premier League form table with 16 points from the last six games, that includes winning their last four. Tuesday night’s opponents on the other hand are in a torrid run of form, having not won in their last seven league games. The turnaround under Curtis Woodhouse has been tremendous, but they face another away test against promotion hopefuls.

After Gainsborough’s start to the season, not many would predict that the two sides would have only seven points separating them at the beginning of February. The home side still have their sights set on the play-offs currently sitting in 8th place after 29 games, six points off Nantwich in 5th. Their home form has been indifferent though, only winning five of their fourteen games at Bower Fold. They showed that they can still be competitive and that a turn in form may be around the corner in their recent 2-2 draw with league leaders South Shields. Celtic had to come from behind twice in the game as Darius Osei’s brace gained them a valuable point however they should arguably won the game as they pushed for a third as time ran out.

Gainsborough dented Basford United’s title hopes on Saturday with a gritty 1-0 victory. Alex Wiles continued to impress since his move from Tadcaster Albion and got the winner with less than 15 minutes left. They defended solidly and Jamie Green also carried on his impressive run of form, picking up the sponsors man of the match award. Ahead of Tuesday’s fixture, manager Curtis Woodhouse reflected on Saturday’s performance, "Again without sounding too much like a broken record, we move on to the next one. We’re nine unbeaten now and the lads have been brilliant. It was a really good three points for us on Saturday, wit 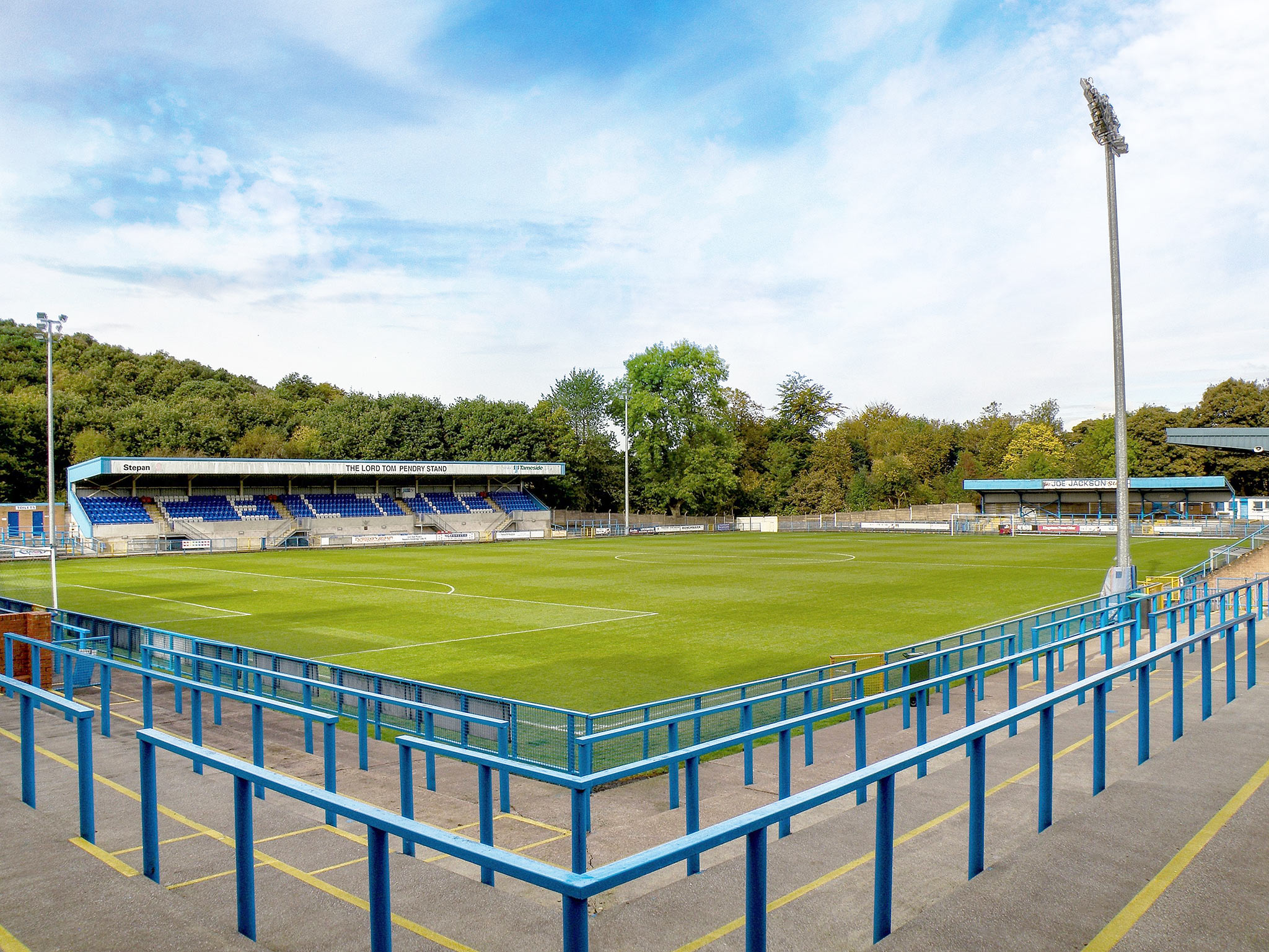 hout it really being a great performance. With the conditions it was very, very difficult, but on the flip side of that, we didn’t half defend well. Rules and responsibilities within the team, everyone followed them to a tee and everyone dug in for each other when they had to; they headed things out, blocked things, did that extra bit of running. On reflection of the game I think we deserved the three points and thought we were the better team. I’m delighted with that one, draw a line through it and move on to Tuesday."

He continued, "Stalybridge are not in the best of forms themselves. They’ve not won a game since, I believe, December 7th and we’re at the opposite end of the spectrum. We’re top of the form guides, so it’s important that we go there and really deliver a good account of ourselves, which I’m more than certain we will, and hopefully we can come away with a positive result. It’ll be a tough game and they’re a very good team. It’s a long travel for the lads over on a Tuesday night, so the character of the squad has got to be right, but it’s something I no longer question with this group. They’re a great set of lads that all believe in each other. When the whistle blows they don’t half stick together and give everything they’ve got. It’s business as usual; the same again, respect everybody and fear nobody. We’ll be going there to take the three points."

The Holy Blues currently sit 13 points outside of the play-offs and in their current form is it impossible for them to reach the play-offs, with other teams faltering? Even writing that seems ludicrous considering where the club were at the start of Woodhouse’s reign. We will have a better idea at the end of this week but a win tomorrow once again conveys just how far this team has come. The support has been amazing so far, and we hope as many of you as possible can get to Stalybridge to support the team!