After four straight home games, Gainsborough Trinity face the tough task of travelling west as they face play-off hopefuls Lancaster City tomorrow afternoon. Curtis Woodhouse’s side got back to winning ways with an emphatic 4-1 victory of Radcliffe in midweek although this will definitely be a tougher test, especially away from home. Going into the game the Dolly Blues currently sit in 4th place in the BetVictor Northern Premier League, although a loss could see them drop out of the play-off places.

They also have played two games more than most teams around them and thus need to keep on picking up three points in order to keep the pressure on everyone around them. Their home form is impressive winning seven games whilst only losing three at the Giant Axe Stadium while Trinity have won four and lost six away from home. Top scorer Paul Dawson will be one to watch, having scored 15 goals in his 31 appearances this campaign and will test the Trinity backline. 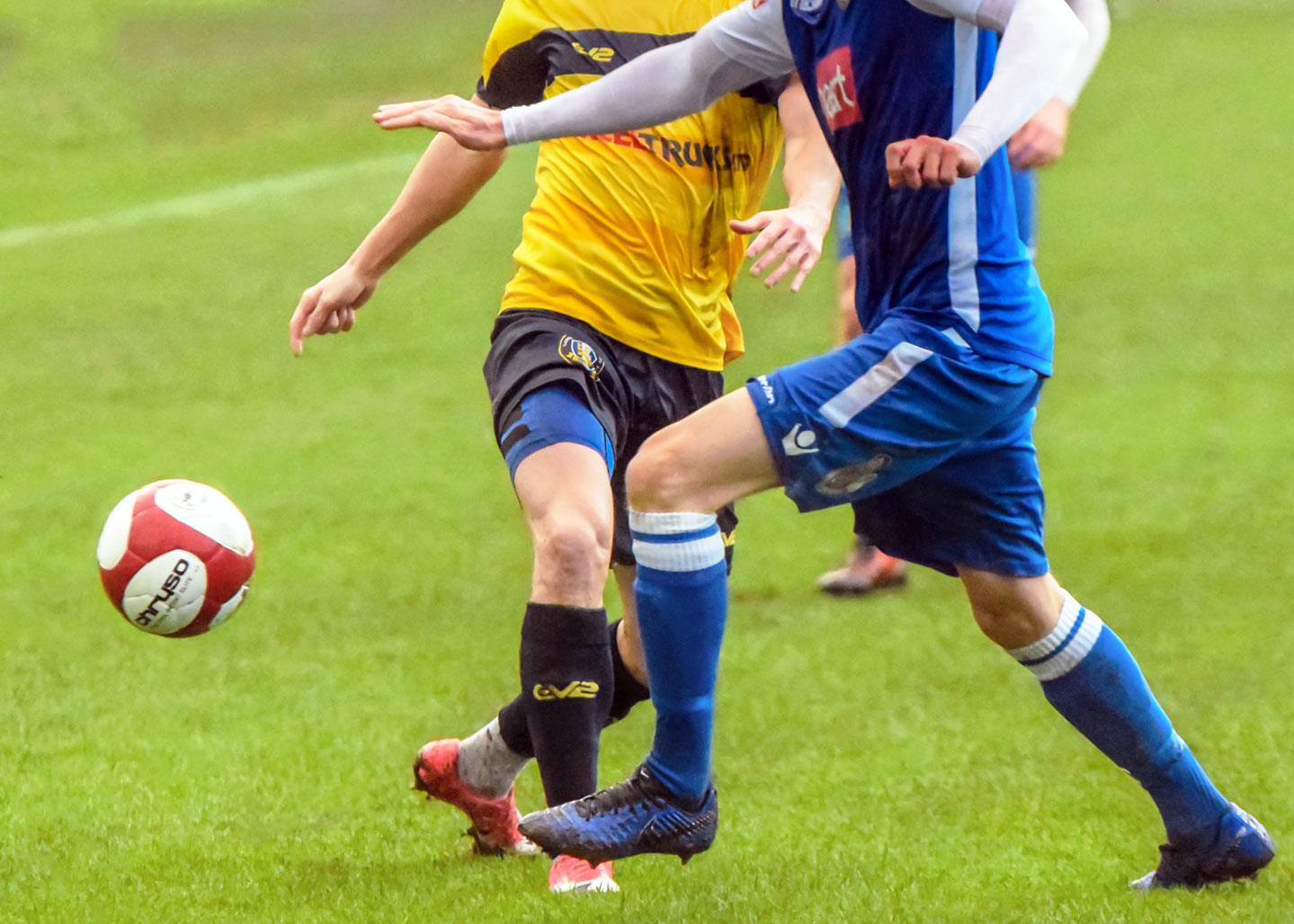 The Holy Blues last away game was a 3-3- draw away at Buxton back on the 8th February and since then they have picked up four points form their four home games. There were many positives from Tuesday night’s performance. Arguably, most notable was striker Gregg Smith once again getting on the score sheet, making him the fastest Trinity player to reach ten goals since Graham Hoyland in the 1988 season. Jordan Adebeyo-Smith also impressed especially with the ball at his feet driving the team forwards, opening the scoring and winning a penalty also.

Fans were happy to hear the news that centre-back Will Thornton will remain at the club till the end of the season, having been an ever present in the backline since joining from Guiseley. Woodhouse continued to bolster his squad for next season confirming the re-signing of James Williamson who has also played a large part in the turnaround which has seen us climb to 13th. While Trinity will be without Shane Clarke who completed a loan move to Grantham today.

Trinity will definitely be underdogs going into this game with the home side looking to get closer to confirming a play-off place. Although in every game since Curtis Woodhouse this season the team has shown that they are not afraid to take on anyone and are capable of beating any team on their day. We look forward to seeing the loyal supporters that make the journey to the Giant Axe Stadium and hopefully you can cheer the team onto three points!