Midfielder Lewis Collins has become the latest addition to Curtis Woodhouse’s squad for the 2020/21 season. Collins’ recently completed a two year deal at Cleethorpes whereby he made 77 appearances in total, scoring 13 goals. A composed ball-player, he has the ability to dictate the play from the centre of the park and impressed fans and management during his spell with the Owls. This will be his second spell at the Northolme after he was brought in on loan during the 2017/18 season under former manager Dave Frecklington from Mansfield Town. As a youngster he came through the ranks at Grimsby Town before earning a move to Championship outfit Reading before making his way to the Stags in the summer of 2016.

Curtis Woodhouse has not allowed the current situation to demotivate him and has already gone about acquiring young, hungry players especially in central midfield. "I’m delighted to agree terms with Lewis Collins for next season. Lewis is another player that fits exactly the profile I’m looking for. Lewis has loads of ability that hasn’t been fulfilled yet and I think we can really tap into that and bring it out. I’m looking forward to working with him and b 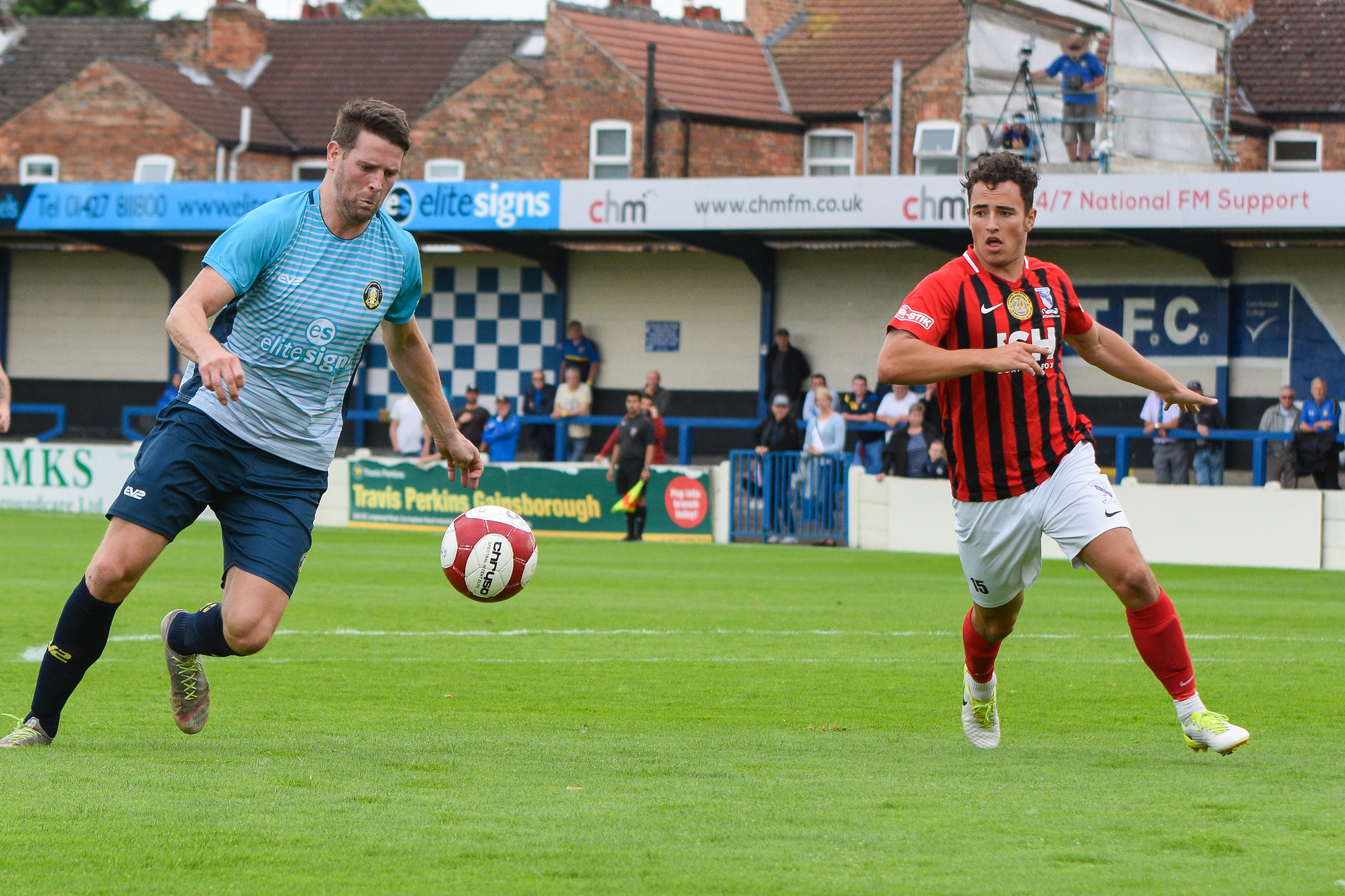 elieve he fits in perfectly with our new look squad."

The Grimsby-born playmaker is a major coup for the club, with an undoubtedly bright future and he is excited to be teaming up with the Holy Blues.

"I can’t wait to get back playing. The facilities and set up at Gainsborough is second to non at the level. I really enjoyed my short time here a few seasons ago. And now, I feel like at 23 I’ve got a lot of games under my belt and think I can really kick on. This is a great opportunity for me to do so. I didn’t score last time I was here so I’ll try to change that as soon as possible. I think promotion is always the goal and for me personally I aim for double figures for goals from midfield. Last season I had 6 before the season was cut short so hopefully I can fulfil that with Trinity, next term!"

The club hopes that the 23 year old will play a vital role in the coming season and are excited to have Lewis as part of the squad. The photos aside and above show Lewis Collins in action last pre-season, playing for Cleethorpes Town, as he closes down Gavin Allott