The rebuild at Gainsborough Trinity takes another step in the right direction today as the club announce the signing of talented midfielder Reco Fyfe. This signing signifies the ninth player signed by Curtis Woodhouse for next season as his plans start to come together. Fyfe was most recently at Ilkeston Town, impressing Robins' fans with some quality displays, which included winning the league in 2019 securing the title with a hat-trick on the final day.

At the termination of last season, Ilkeston were sitting in 9th place, with Fyfe playing a major role throughout. He was a hot prospect coming through the academy at Notts County, although was released in 2015. Since then he has played at other non-league clubs such as Heanor Town and Radford before making the move to Ilkeston. Having only recently turned 23, Fyfe is exactly the sort of player that Woodhouse has been looking for as we get ready for the 2020/21 season an 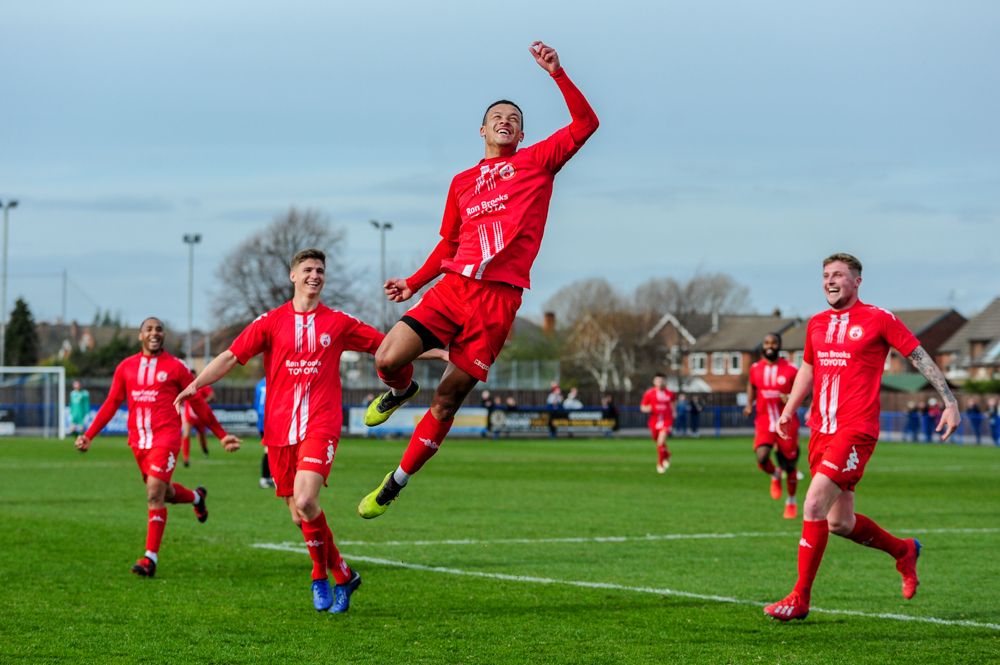 d will join new signing Lewis Collins in midfield, along with the already contracted Alex Wiles.

"I’m delighted to get Reco to Gainsborough Trinity, Reco is very sought after and is a player that has a fantastic amount of ability, I’ve watched him plenty of times and he has the ability to glide past players with ease and is another player that will really excite the fans."

"Although I’m an admirer of Reco’s ability I also believe he has a lot of scope to develop and add to his game and something we spoke about was adding more goals that I believe takes him to that next level and that’s something we will be working on. Reco has signed a 2 year contract with the football club and has a big part to play moving forward. Welcome to Gainsborough Trinity, Reco!"

This will be the highest level of first team football for Fyfe, but he undoubtedly ready to make the step up to the Northern Premier division and the fans can expect to see some exciting performances, as he indicates:

"I'm over the moon to be joining this great club. I can't wait to get back to doing what we all love and miss at this moment. When Curtis first contacted me and said he'd like for me to come to Gainsborough, I didn't even have to think about it. It's a massive opportunity for someone like me. With the squad the Gaffer is building, it fits me down to the T - young and hungry. This is the perfect time for me to step up and really show what I'm capable of! I've had a few years in non league now and I've adapted really well. I'm buzzing to get in and really push on, just like I imagine everyone else is."

With more signings due to be announced in the coming weeks and days, make sure to stay connected with all the clubs social media channels to ensure you do not miss a move.