Curtis Woodhouse's Gainsborough Trinity squad continues to take shape, ahead of the 2020/21 season, which is thought to kick off in mid-September. Though no firm date has yet been set by the FA and Northern Premier League bosses, Woodhouse has been busy adding to the nucleus of his squad retained from last season. Gregg Smith, Alex Wiles, Declan Bacon, James Williamson and Jack Walters were supplemented by Adam Drury, Reco Fyfe, Lewis Collins and goalkeeper, Tom Jackson.

And now, with the signing of Sam Barker and Lewis Dennison, the boss is delighted to boost his confirmed quantity to 12 ahead of the side's first get together at the club's fantastic new training facility at Roses. Athletic right back, Lewis Dennison joins from Bridlington Town, having also appeared for North Ferriby United. On Dennison, Woodhouse revealed, "Lewis Dennison is a player I signed at Bridlington Town. After looking for a striker, I was recommended Lewis, but after a couple of games, I didn’t feel I was getting the best out of his attributes so moved him back into central midfield. Again, I thought his athleticism was not being utilised correctly, so I moved him to right back and the rest is history!"

"Lewis was Player of the Year that season and has gone from strength to strength. He is very adaptable and has great pace and athleticism, so Lewis will be a great addition for us." The full back added, "I am really excited to be joining Gainsborough. This is a great opportunity for me and one that I couldn’t turn down once Curtis got in touch. I can’t wait to get going now and meet up with all the lads. Hopefully we can have a successful season, one that everyone involved with the club can be proud of."

The second of the two additions making the step up to the Northern Premier League is Sam Barker. Barker join 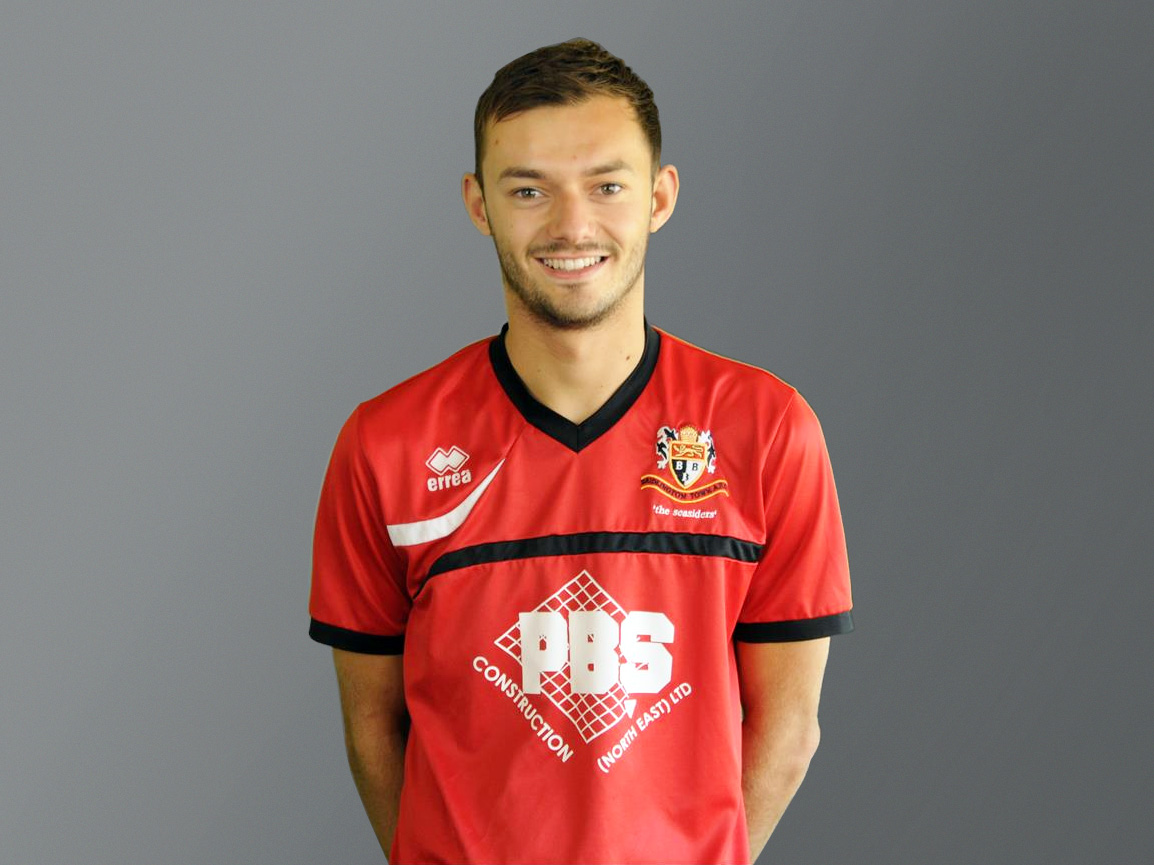 s having spent time at the two Harrogate sides, Town and Railway. The boss declaring, "Sam is a great little technician, great feet, great pace and great energy. Sam can really get around the pitch scoring and creating goals and was a real stand out in the NCEL Premier last season, after leaving Harrogate to play first team football. Sam is looking forward to showing he’s ready for the step up. With the players we have he’s a great addition to the group!"

Barker obviously couldn't contain his delight at joining the Holy Blues, "I am delighted to be joining Gainsborough Trinity. When Curtis contacted me this summer it was a no brainer to join the club. The opportunity for someone like me is massive, to show what I can do at a higher level. What Curtis told me about what he is trying to build really excites me and the style of play suits me too." The creative midfielder continued, "This is a great step in my development and I am excited about the new challenge ahead. I'm eager to get started now and get back to what we all love doing on the pitch."

Everybody at Gainsborough Trinity welcome Lewis and Sam to the club and wish them every success as we look to embark on a memorable season, that for one reason or another is sure to be a rollercoaster! Afterall, that’s the Trinity way! Keep an eye out in the coming days and weeks for more new signings, training ground exclusives and once there is some more guidance from the powers that be - there might even be some games to look forward to! Check out our video section for introductions from Sam and Lewis.