Gainsborough Trinity make the long trip to Lancashire on Saturday to take on Jamie Milligan's Bamber Bridge in the Holy Blues' third game in seven days kick starting the 2021/22 PitchingIn Northern Premier League season. Tom Shaw's Gainsborough side currently have one point on the board from the opening day draw with Witton, while Brig have three points from a win and a defeat in their opening two games. Tasting victory with a 4-1 home win against Hyde United on Tuesday, they avenged their defeat to Buxton at the weekend to move to midway in the fledgling table.

Last season, the Holy Blues took the spoils, a solitary Simon Ainge strike, ten minutes from time, on the turn sealing all three points in a tight affair at the Sir Tom Finney Stadium. The season before saw Liam King's side win 4-1 at home, Gavin Allott, Ross Hannah, Harry Middleton and Simon Russell grabbing the goals for the Holy Blues. Back in 2018/19, a Trinity double saw Alex Simmons and Ashley Worsfold net in the away fixture before winning at Northolme 2-1 in a game Nathan Stainfield finished in goal as Jon Stewart went off injured, Worsfold and Russell again on the mark for the Holy Blues. 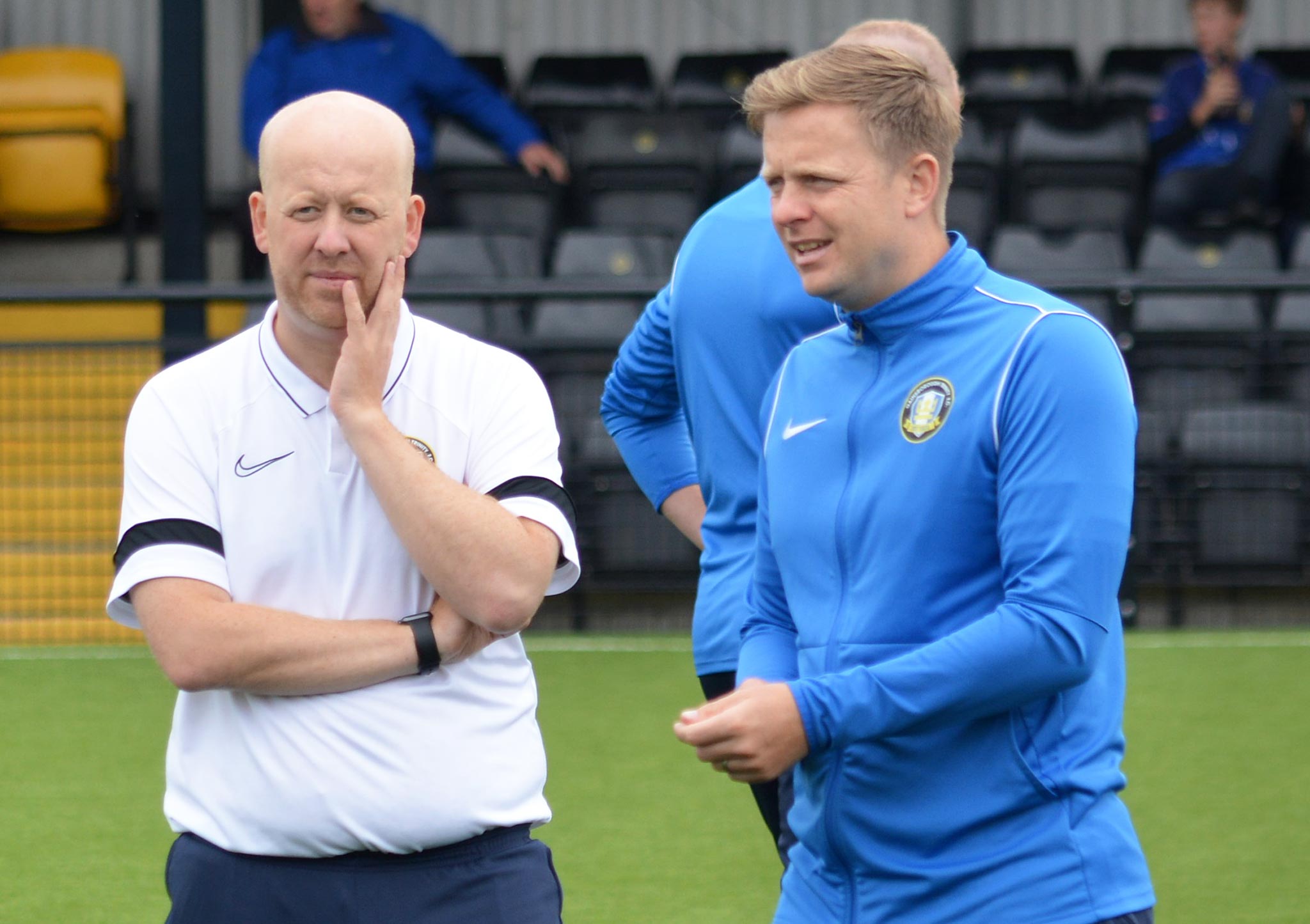 Returning to present day and the Holy Blues make the trip to Bamber Bridge focussed on the game and the three points at stake. Shaw's two new recruits look to force their way into the Head Coach's plans, Issac Rice and Lewis Butroid offering further options for the Blues' boss having arrived in the week.

In the lead up to the fixture, Head Coach, Shaw said, "The group is excited by our next challenge in the north west. Bamber Bridge are a team in good form. They play a good brand of football and have some attacking threats that we will need to nultify to get anything from the game. The pitch looks really nice so that will give us the opportunity, once we gave earned the right to do so, to play

"We have some challenges going into the next two games which will make it tough for us. We will have to stretch every last bit of energy and concentration out of our young group to get some positive results, but this group continues to surprise me and continue raising their levels, like they have done since I first met them."

Shaw indicated, "There is the opportunity for those who haven’t featured as much as they would have liked to in the opening week of the season and this can spark the group into life. We are looking forward to seeing the Gainsborough Trinity supporters up at Bamber Bridge as we look to bounce back from a below par performance on Tuesday night."

So fire up your satnav, whack in the postcode PR5 6UU and head across to Bamber Bridge's Sir Tom Finney Stadium- this young group of players really need your support, your encouragement and your voices. Together we can achieve great things. Safe travels to everyone travelling to the game. And remember, those not in attendance can keep up to date on Twitter or via full match commentary on Mixlr. Enjoy the afternoon!

Admission prices for Saturday's game are set at £10 for adults, £7 for concessions (over 65s and students with valid ID, season ticket holders for any EFL or Premier League Club) and £20 for accompanied children (age 5 plus). Payment on the gate is accepted by card or cash and supporters are requested to respect social distancing measures that continue to operate in and around the Sir Tom Finney Stadium. Limited parking is available at the ground, with visitors reminded to park conscientiously in the streets around the ground.