PitchingIn Northern Premier League fixtures continue to come thick and fast for the Holy Blues as Gainsborough Trinity prepare for the fifth game of the season with a home game against Whitby Town tomorrow (Saturday) afternoon, 3pm kick off. Tom Shaw’s young side still in search of that elusive first win of the season take to The Gainsborough Martin & Co Arena for the second time in four days, hoping to progress from the improved performance on Tuesday night, and do enough to secure that victory.

Head Coach, Shaw had this to say about the next opponents, "Whitby have started the season really well and will be a good challenge for us for sure. We are aware of their strengths, but we feel we have a real opportunity to cause them some problems with our shape, structure and style." The visitors, led by former Trinity front man, Jacob Hazel is a man amongst the goals. And the defence that looked better for longer periods of Tuesday night will need to be on the mettle to negate his and his teammates attacking threat. Last time the Seasiders visited the Northolme, Rod Orlando-Young ran riot netting four of the Holy Blues' five on the night, a victory that signalled the end of Whitby’s manager at the time. 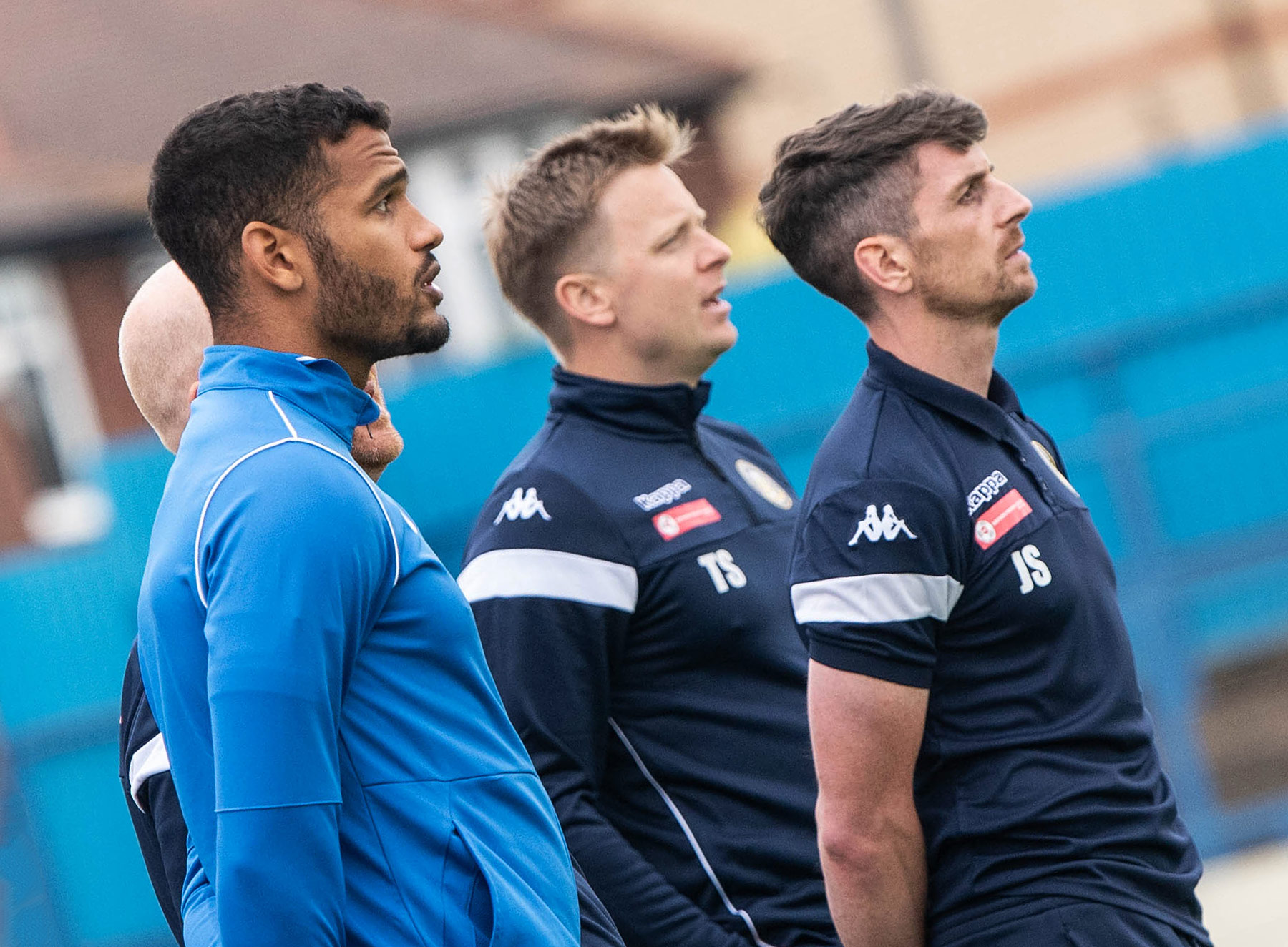 though, the visitors come into the fixture in third place in the embryonic league table, with three wins and a draw in their first four games, while the side from the Northolme have lost three on the spin, since an opening day draw with Witton Albion. Impressive victories over Two wins on the road against Lancaster City and Ashton United have seen Town concede just the once. As well as picking up four points at home, only failing to score in a goalless draw with Radcliffe at the Turnbull Ground.

Despite the run of disappointing run of results for the Holy Blues, Tom

Shaw remains optimistic, "The players trained well last night, had a positive mindset and we have talked about continuing to play with belief. We know we haven’t been far away from a win in both home games. With our level of performance, we will give it our all to give the supporters the chance to enjoy their first victory tomorrow."

And finally, in terms of squad news, Shaw revealed, "We will hopefully have a new forward join us in time for tomorrow’s fixture will add a different dimension and attributes to our forward line and hopefully he can hit the ground running." Let’s hope that Secretary, Matt Boles can come up with the registration magic and we will have the new man ready to unleash on Saturday afternoon.

Tickets for the game can be printed in advance to save time queuing at the gate. Prices are £12 adults, £8 concessions and £4 Under 16s. Let’s see as many of you as possible making the trip and making some noise to roar our side on to victory!

Priced at £2.50, there are a limited number of Matchday Programmes available on the turnstiles for this game. If you want a copy but cannot get your hands on one at the game, they are available to purchase online here. A number of back issues of our popular programmes, from previous games can also be purchased via the online store. The Blues Club is open from midday, welcoming both home and away supporters to enjoy the pre-match festivities as the season gets into full flow.