Brad Grayson has been added to the Gainsborough Trinity squad by Head Coach Tom Shaw ahead of tonight's match against Morpeth Town at the Gainsborough Martin & Co Arena. The 28 year old attacker joins from Grantham Town for whom he featured regularly and netted in the Gingerbread's bizarre 2-7 home defeat to Lancaster City. The much-travelled striker has carved out a reputation as a prolific goal scorer at Northern Premier League level during spells at Frickley Athletic, Mickleover and Buxton and will be hoping to bring his shooting boots to the Northolme to fire the Holy Blues up the table.

A busy, hardworking centre forward, Grayson is set to compliment the attacking threat posed by Nyle Blake and the rough diamond that is Jack Gibson. The Doncaster born forward, who played in the Donny youth setup, has also enjoyed spells in the Philippines, Australia and Sweden, where he was a regular goal scorer. Away from the game, Grayson has recently become Head of Year Seven at a Secondary school in his native Doncaster. He will combine playing for the Holy Blu 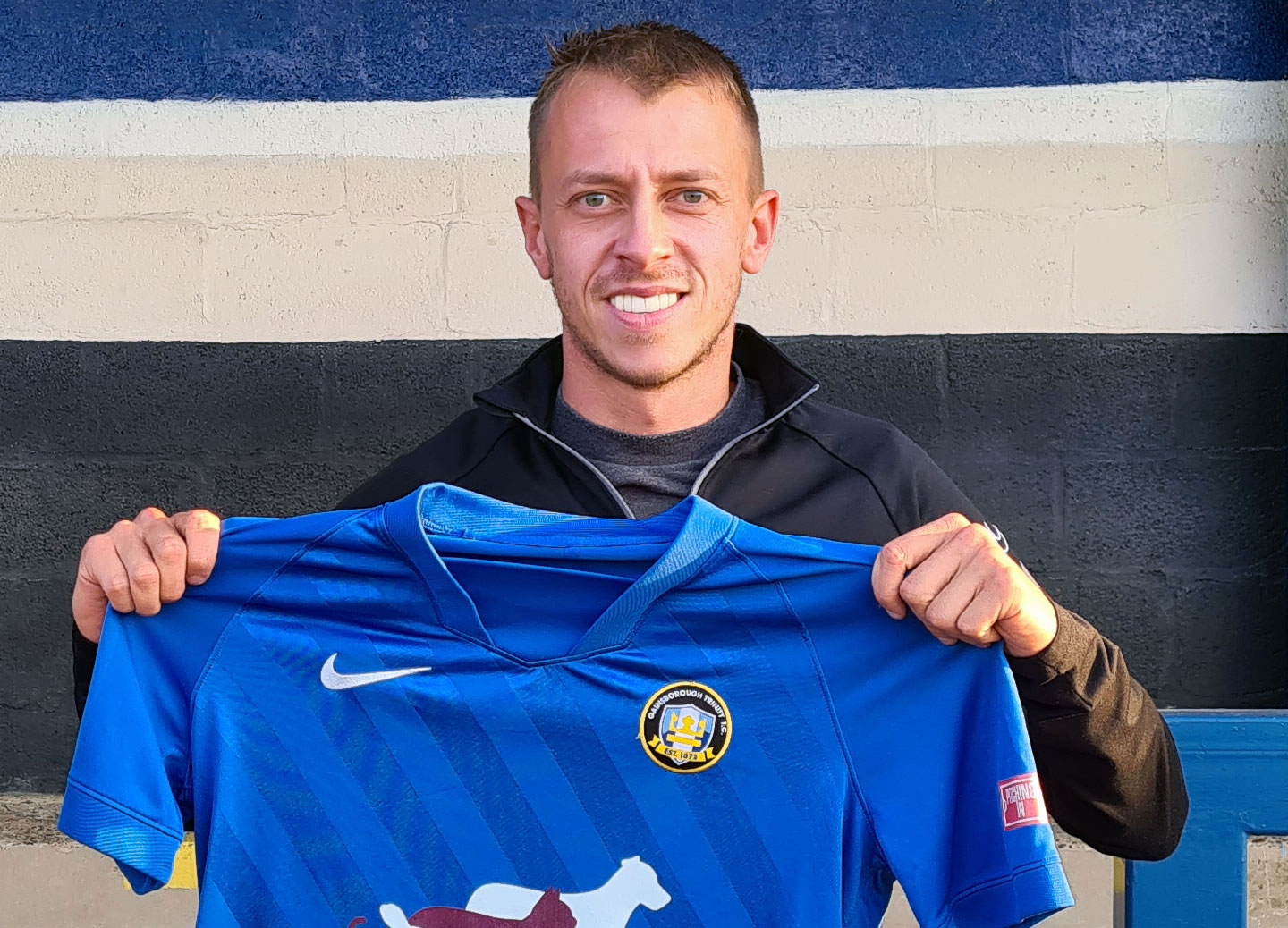 es alongside his career in education.

Brad goes straight into contention for this evening's game with Shaw expecting the forward's busy style and eye for goal to be a major piece of the puzzle that has been missing to Trinity's play in the opening weeks of the season. Welcome to the club, Brad! And a successful stay as part of the Gainsborough Trinity family.