Postponed: Floodlight Failure. Tonight's match against the Dabbers has been cancelled for a second time. The floodlights at The Optimum Pay Stadium have failed and cannot be repaired in time for this evening's game. We go again on Saturday away. The Holy Blues head to Nantwich on Tuesday evening (7.45pm) for the rearranged PitchingIn Northern Premier League clash, looking to extend the fine run of results that was further boosted on Saturday, courtesy of the 3-0 home win over Coalville Town, a result which saw Trinity go eight games unbeaten in all competitions. Originally scheduled for Tuesday 5th October the fixture fell victim to heavy rain, causing the Optimum Pay Stadium pitch to water log.

The game was due to come during a difficult run of form for the hosts, who have since picked up results wise, with the addition of centre forward Dan Cockerline, who has been in fine scoring form in recent weeks. Back then, Trinity had just begun the run of form, which has continued - and hopefully will continue - beyond Tuesday night. The Dabbers overcame Barwell in the FA Trophy on Saturday, despite losing Prince Haywood just before the midway point in the first half and then going a goal down. Currently sitting two places and two points below the Holy Blues, Dave Cooke's side are a regular in and around the play-off spots and nothing should be taken for granted as we chase an impressive nine unbeaten.

Nantwich's home form has improved of late, with a 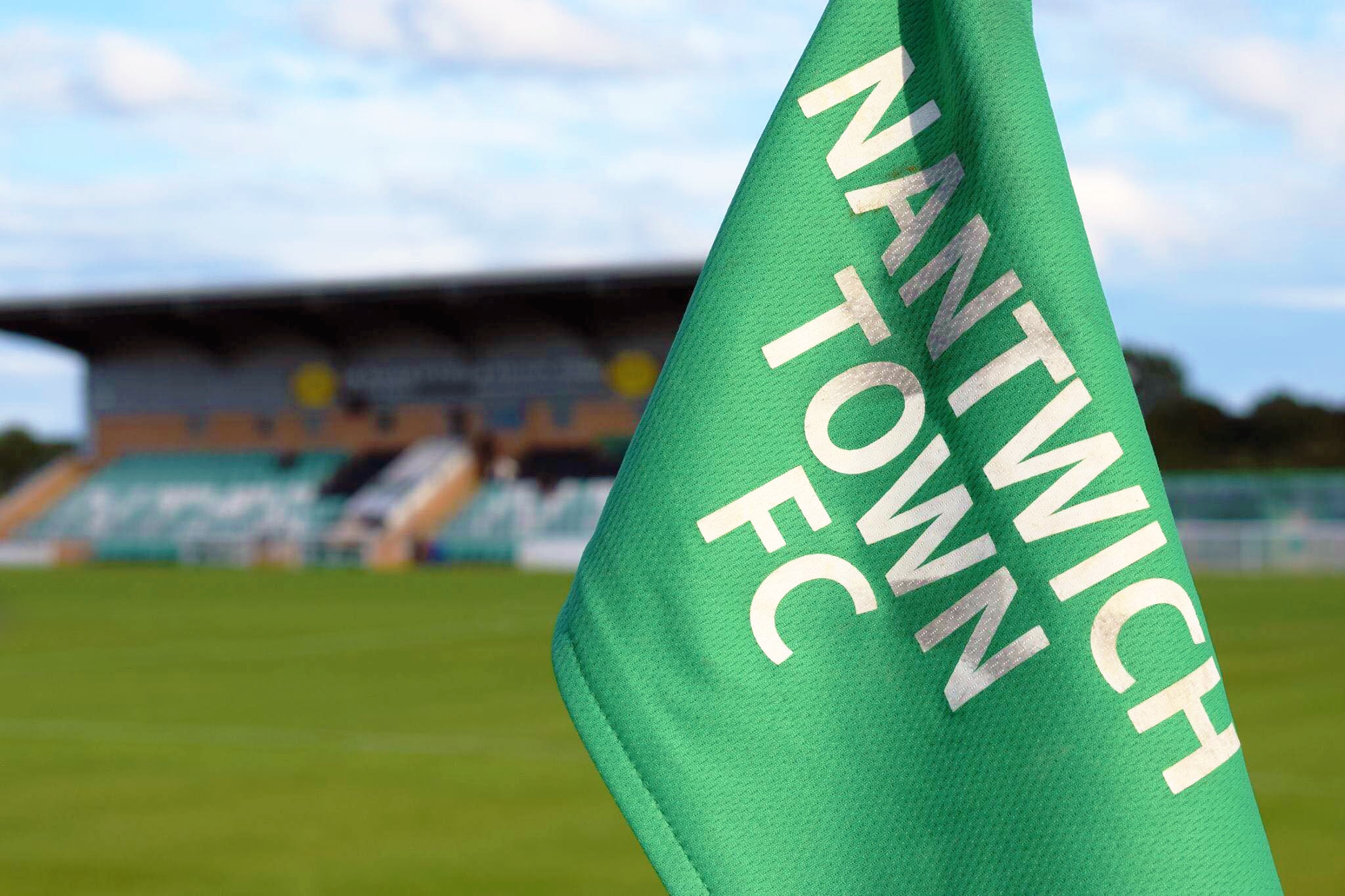 win two draws and a defeat in the last four games (in all competitions). The draws coming against Warrington Town and South Shields. The loss, last time out in the league was a 3-2 home reverse where they led 2-0 at half time, only to go down to a second half Liam Noble hat-trick at the Optimum Pay Stadium.

In squad news, George Hornshaw is available for selection having served his three match ban for his injury time dismissal at home to Ashton United. Meanwhile, Liam Waldock has returned to his parent club Sheffield Wednesday after his s

uccessful loan spell. As a club, we would like to place on record our thanks to him for his efforts whilst in Gainsborough Trinity blue.

Head Coach, Tom Shaw says his side are ready for another challenge on the road as he declares, "The group are feeling positive and ready for another test on the road. We have grown in recent weeks to look like a side that is hard to beat, tough to compete with and it has been really pleasing to see consistent winning behaviours from the players. We performed to a really high level at the weekend in and out of possession and the Nantwich fixture will be another opportunity to fight to be at that level of performance."

He continued, "If we continue to show the humility and hunger we have recently and keep our foot on the gas, I am confident we can come away with another positive result. They have some players that will test our resolve. We will have to be good to get what we want, but we know what it takes to pick up points away in this division now and we will make sure we take huge pride in all the things in our control".

As always, it's really appreciated everybody that can make the trip to cheer on the side - and those that join us, by tuning in to the action on our Mixlr Radio, where you can stay abreast of the action. Why not leave Rob a comment in the messages as he hopefully brings news of a Trinity victory?

The Holy Blues follow up the Nantwich Town game, with another away game on Saturday. This time away at FC United of Manchester's Broadhurst Park. 3pm kick off. Earlier today the Buildbase FA Trophy draw was conducted, and for the second successive draw, the Holy Blues have landed a home tie. We will face PitchingIn Northern Premier League rivals Lancaster City at the Gainsborough Martin and Co Arena on Saturday 13th November. Kicking off at 3pm. Once again, there are no replays in the competion, with the game decided on the day, going straight to penalties, should the scores be level after ninety minutes.