Red Devil Norkett To Link Up With Blues

Young Manchester United striking talent, Manni Norkett can today be unveiled as the latest new signing to join Tom Shaw's Gainsborough Trinity revolution. A seventeen year old striker, Norkett, 17, hails from Nottinghamshire and is now in his second season with The Red Devil's Academy side. He becomes the first player since 1907 to tread the path from Old Trafford to the Northolme, back then Tommy Arkesden made the switch.

His signing represents a huge coup for Tom Shaw and the Holy Blues, bringing in such a highly rated prospect from one of the Premier League and UEFA Champion's League giants, with the deal demonstrating the positive work Shaw is doing behind the scenes, in fostering a positive, developmental infrastructure at Gainsborough Trinity. The links between the sides don't just stop at the two signings though. Gainsborough Trinity were Manchester United's first opponent, when 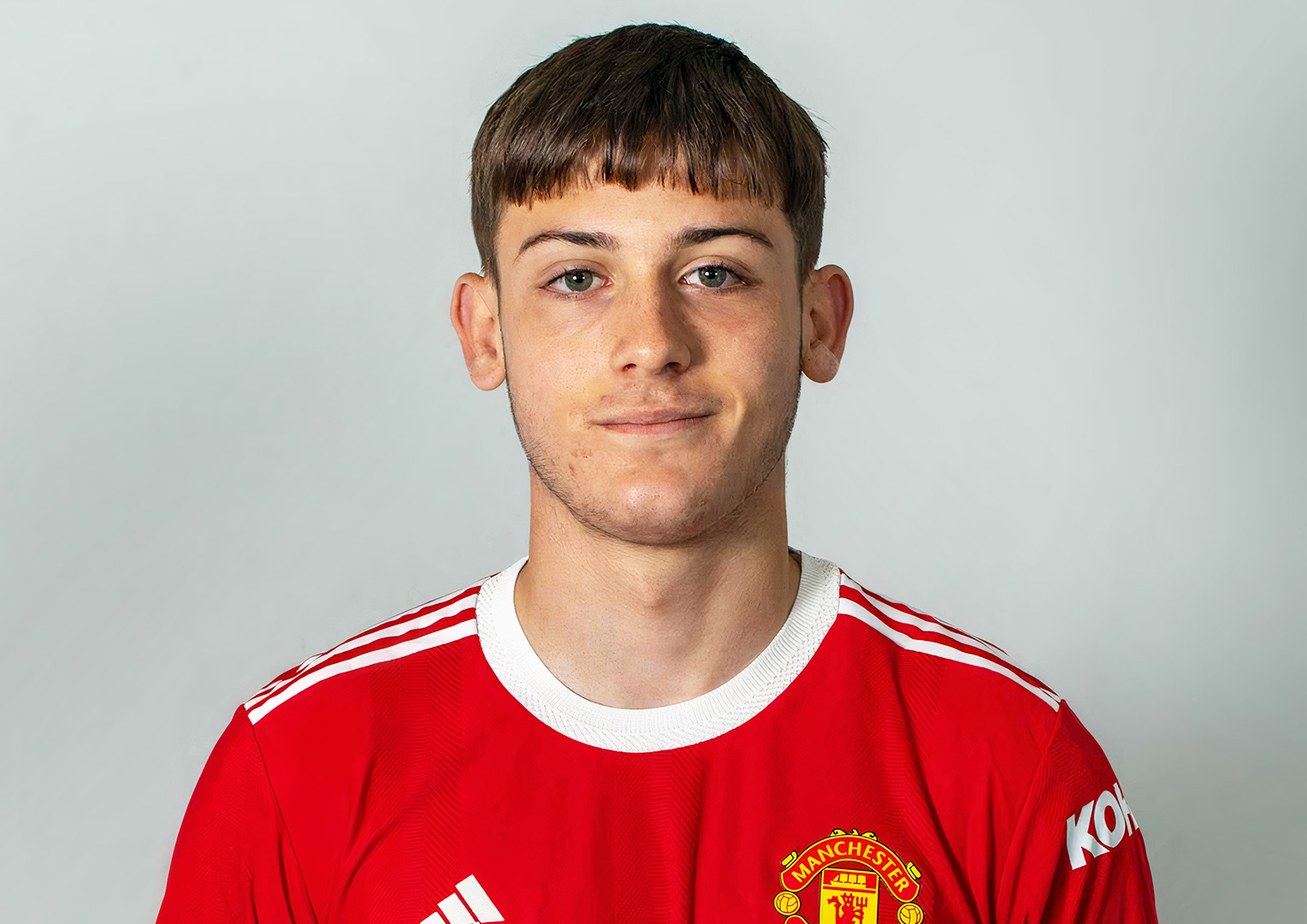 they changed their name from Newton Heath in 1902, the Red Devils facing off on the Northolme. Then in 1998, United visited the Northolme again in a friendly. Wes Brown and Erik Nevland were the biggest names to play on that occasion. Nevland scored five that day, the final score ending 0v10 to the visitors.

Back to the present day, and the Holy Blues are hopeful that the new recruit will have a similar impact during his stay. Speaking of the capture of Manni, on an initial one month work experience loan, Shaw explained,

"We are very thankful and grateful to Manchester United and Travis Binnion (Lead Professional Development Phase Coach) for giving us the opportunity to have Manni with us for the coming weeks. Their Academy Manager, Nick Cox, is one of the best around and he is always keen to give his young players experience in adult football when appropriate and we are fortunately the chosen club for Manni. It is testament to Gainsborough Trinity and the club's reputation that we are being trusted for a period of Manni's development and to have a highly rated young player from a huge football club joining us, it shows what people are thinking about our work this year and the environment we have created."

"Manni trained with us last night. He plays with plenty of confidence and authority for such a young man and showed a real humility with how hard he worked. It will be an eye-opener for him when he takes the pitch at this level, but I feel we have the pleasure of a real prospect in our squad for a handful of games."

Welcome to the club Manni. And once again, we reiterate our thanks to Manchester United for facilitating such an opportunity for both us and the young starlet.