Derby day approaches, in a North v South Yellow belly County Festive duel. Gainsborough Trinity make the shortest journey of the season on the 27th of December as we travel to the South Keversten Stadium to take on Lincolnshire rivals Grantham Town. Kick off at 'The Meres' is at 3pm in this PitchingIn Northern Premier League clash. And there is certainly plenty at stake for both sides, as well as interesting side plots aplenty that will all add fire to this festive cracker! Tom Shaw's young Trinity side currently occupy 17th spot in the table, four places and twelve points better off than Dennis Greene's Gingerbreads - but go into this fixture needing to improve results on the road, having so far only picked up four points on their travels this season.

Grantham on the other hand, has seen Town pick up only two points at home. Games have certainly been tight, edgy affairs at The Meres this season, apart from heavy defeats to Buxton & Lancaster City back in August, meaning the Holy Blues will need to be at their efficient best to emerge victorious. Isaac Rice is set to return to the Trinity travelling party, having completed his Covid induced period of isolation, adding to the competition for places in the centre of the park.

Gainsborough resident, Dennis Greene was appointed on November 24th, following the departure of their Chairman and former manager, Carlton Palmer midway through the same month. And his presence, courtesy of his current base, is the first of many familiar faces in the two sides. Joe Parkin & leading marksman, Bradley Grayson look set to line up for the Holy Blues against their former club on Monday. Both players playing an important role in the recent return of points (five from nine available in the last three home games, since Parkin's arrival).

Within the Grantham camp, it's perhaps easier to look at those that haven't appeared for the Holy Blues, but what would be the fun in that? The regular between the sticks for the Gingerbreads has been James Pollard. The 'keeper making a solitary appearance away at Matlock Town on New Years Day, 2019. A game in which Trinity came awa 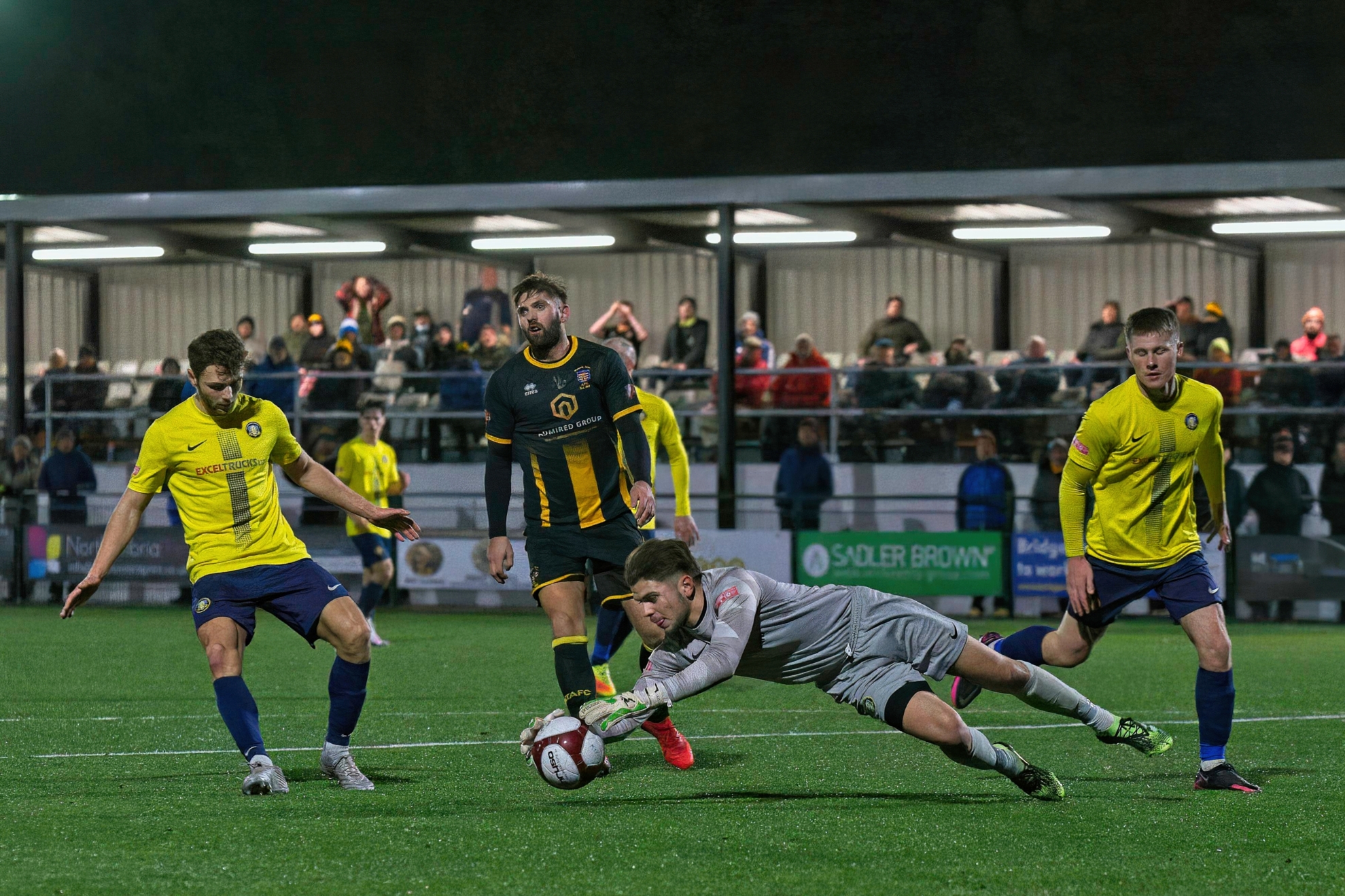 y with a 2-0 win. Vastly experienced Shane Clarke made well over 150 appearances for Trinity in the midfield engine room across two spells, signing for Grantham from Spalding earlier this season. Rod Orlando-Young joined Grantham from PitchingIn rivals Radcliffe FC following the departure of Lee Fowler from the Neuven Stadium. The tricky winger has already played against Trinity earlier this season, a half time substitute in the 1-1 draw against ‘Boro at the Northolme. Jack Walters & James Williamson joined Trinity under the watch of former boss Curtis Woodhouse. Though Williamson has been a regular at the heart of the Grantham defence, Walters hasn’t featured since picking up a long-term injury against Scarborough at the end of September.

So, with plenty of familiar faces in the two camps – and with three festive points up for grabs. It would be great to have you with us on the journey! Admission prices for this eagerly awaited fixture are: Adults £10 Concessions £6 Juniors (Under 16) £3. Post code: NG31 7XQ

A look back in history – and would we settle for a 10-6 score line in favour of the Holy Blues? Six Trinity players have previously netted hat-tricks in fixtures between the two Lincolnshire sides, including Billy Shaw, George Keil, Ernie Morris, Dennis Howsam, Cliff Martin and Bobby Owen.

A record score of 6-0 is in the record books for both sides. Trinity’s six nil win coming back in 1928 at the Northolme, whereas the Gingerbread’s happened at the old London Road ground in April 1952. Across the 82 meetings between the sides, Trinity have recorded the maximum 31 times, averaging 1.39 points per game. But Grantham edge the double count, with five home and away wins in the same season, as opposed to Gainsborough's four. Can Trinity boost that average on Monday and set us up for a double inducing leveller later on in the season?

Let’s have a good following of Trinity supporters travelling to Grantham for our final fixture of 2021 – and together, let’s make it a memorable way to end the year, whilst at the same time, moving us into 2022 in style. Together, stronger.