Gainsborough Trinity make the trip to Cheshire on Saturday to face Witton Albion, in the PitchingIn Northern Premier League. Looking to pick up their second win on the road this season, the Holy Blues travel to Wincham Park on the back of a four game unbeaten run, looking to put distance between the sides in the lower reaches of the table. Tom Shaw's men trained on Thursday evening, an opportunity to blow away some cobwebs, and the camp are excited to see what the second half of the season has in store for Gainsborough.

Both sides were last in action on the 27th December (Boxing Day) when Trinity travelled to Grantham and earned a point courtesy of Jovon Makama's individual brilliance. Witton on the other hand were beaten 4-1 at home by Warrington Town. That despite James Lawrie putting the Albs in front, inside three minutes. Sitting in 20th with 22 points from twenty games, Witton are at a four point disadvantage, but have three games in hand, making this match up a vitally important fixture for Tom Shaw's hungry Holy Blues, looking to spring back into action following an enforced twelve day break from competitive action.

Twelve points from eleven home games indicate that Wincham Park continues to be a tough place to go, having recorded four wins on home turf. Bizzarely though, there have been no draws for Albion at home, whereas they've secured points on the road four times, including against the Holy Blues on opening day; a game on reflection, Trinity will be disappointed to have only banked a point. Kyle Dixon's late penalty miss, one of many could have, should have, would have moments from the first half of the season.

Despite having recently lost man-mountain and centre back extraordinaire Steve McNulty, who has joined Chester City as their new Assistant Manager, the Witton squad still has a number of steady Northern Premier League quality players. Keeper Greg 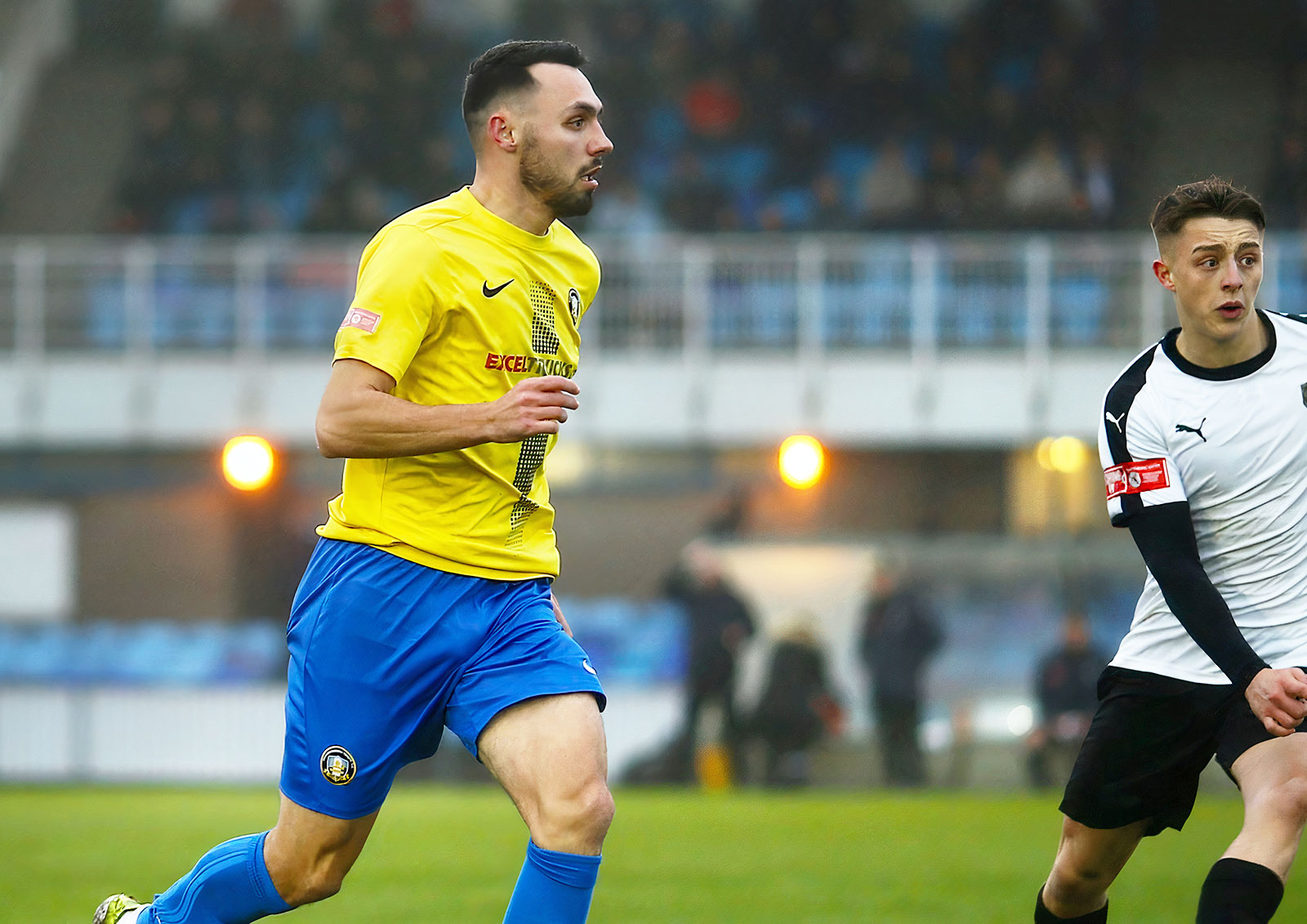 Like ourselves, injuries have really made things tough for Witton this season, but are still led by the league's current longest serving managerial duo of Carl Macauley and Gary Martindale. The pair of wiley competitors will ensure there is plenty off the pitch to keep your eye on, as well as off it as the two benches look to out think, out smart and out manoeuvre one another.

Tickets are priced at £11 for adults, £8 for concessions, £6 for young adults (18 to 21) and £2 for 18 and under. Members of HM Armed Forces enter for free. There is free parking for 150 cars at Wincham Park, with the ground address Chapel Street, Wincham, Northwich CW9 6DA. The ground is located a mile from the centre of Northwich and a five mile taxi ride from the station (Northwich, the closest station) or twenty minute walk. If you're at the ground early, then why not sample the delights of the Witton Albion museum and learn something about our hosts' history.

Let's see as many supporters with us for this game, as the Holy Blues strive to bring all three points back to Lincolnshire! We look forward to seeing as many of you as possible cheering on our team! Together, stronger, in it together. Let's start our 2022 (belatedly) off with a bang!

In other news, our postponed New Year's Day clash has a new date. We now host Matlock Town at the Gainsborough Martin and Co Arena on Tuesday 1st February 2022. 7.45pm kick off. We also face Boston United on Tuesday 15th February 2022. This is a Lincolnshire County Cup Semi Final. Prices for this fixture will be announced in due course. Though kick off can be confirmed as 7.45pm, as for normal league fixtures.