Tom Shaw's Holy Blues head to Buxton on Saturday, looking to make it three wins on the spin after impressive home victories over FC United of Manchester, in the league and Boston United in the Semi Finals of the Lincolnshire County Cup, in the last seven days. Gainsborough are boosted by the addition of central defensive man mountain Stefan Galinski, who's signing was announced earlier today (Friday) Head Coach Tom Shaw will certainly have selection headaches as he looks to settle on a winning formula.

A host of players are available again after being cup-tied in the week. Bradley Grayson, Jovon Makama and Freddie Draper are all back, while Tom Cursons scored his first for the club in his first start, while his strike partner Reon Potts provided the assist. Buxton have been flying high at the top end of the table for much of the season, and have represented the Northern Premier League with distinction in this season's Emirates FA Cup, but the boys from the Northolme 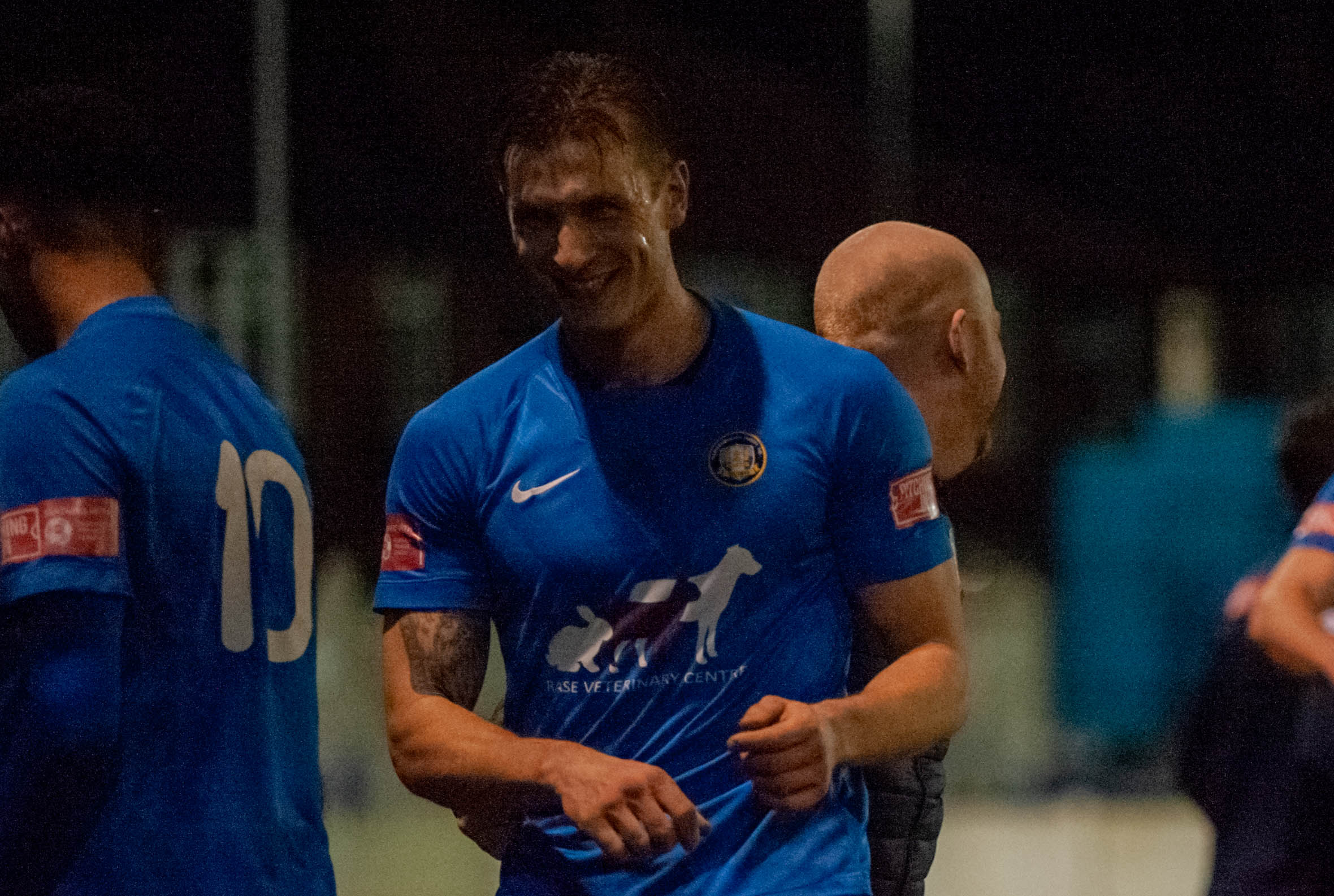 can travel to Derbyshire full of confidence. Having already held Buxton at the Martin & Co Arena earlier this season. It was a goalless draw on that occasion in awful weather conditions, and with storm Eunice sweeping the country, once again conditions may well have a part to play!

In total, Buxton have accrued 31 points from their fifteen home games, at an average of two points a game. Since the turn of the year though, the Bucks have won one, lost one and drawn two at The Tarmac Silverlands Stadium. A 3-2 reversal at the hands of Stafford Rangers and a 1-0 win over Basford sandwich two draws (against Warrington Town & South Shields).

The 3G playing surface has certainly lent itself to a few goals in that time, with a combined tally of 16 goals in four games being scored. An average of 4 a game...

To the outside, Buxton surprisingly sacked their management team ahead of their FA Cup clash with York City, with the side on a mammoth unbeaten run. But with rumours of dressing room discontent, the Bucks moved to appoint Steve Cunningham, the former Curzon Ashton & Colne manager - to maintain their promotion push, at the expense of Gary Hayward & Mark Ward. The change of management has seen them stay amongst the title chasers, with Trinity as ever, needing to be at our best to compete.

With concerns surrounding the weather in and around Buxton, we endeavour to keep you updated, as much as possible, regards the changing situation. As ever, the safety and well being of our supporters, players and officials are paramount. If there is any change in status of the game, our social media channels will be updated accordingly.

For those making the trip, to the highest ground above sea level, Silverlands, Buxton, SK17 6QH is the place to be! Tickets priced at Adults £10, Concessions £6 and Children £2. Let's see you there, loud... proud & ready to back the team for ninety plus minutes as we once again go out in the search for three points on the road. Pictured, new signing Stef Galinski, captured by Kate Simmonds from KLS Photography.