Gainsborough Trinity are back in action at the Martin & Co Arena on Saturday afternoon, with a home game against Lancaster City. The Holy Blues are looking to record their first double of the season with victory over the Dolly Blues, and there's an unmissable offer up for grabs for all U16s to get into the game, free of charge, with a paying adult! So if you're looking to take your youngsters to their first ever game, why not choose the Northolme for that first adventure?

A safe, welcoming family club, set in the heart of Gainsborough - come along and see what Trinity have to offer. Engage with real staff and players that care about their supporters! The man behind the idea, Chairman Richard Kane, was keen to share his desire to see more youngsters on the ground: "You just have to look at my little Grandson, Zachy. He's Gainsborough Trinity mad! He has been coming along for years, loves seeing his friends and really being a part of things."

"It's all about catching the youngsters early and showing them football is so much more than just a TV show, because he gets to see his real life heroes in the flesh - get his picture taken with them, and enjoy the day out, win, lose or draw." Let's get as many of you as possible through the Gainsborough Martin & Co Arena gates and maybe make this a more regular option for the powers that be!

Head Coach Tom Shaw is hopeful of selecting from a near full strength squad at the weekend. Other than long term injury victims Joe Wilson and Cameron Johnson. Stefan Galinski and Prosper Keto are set for their home league debuts as the Holy Blues look to continue their impressive home form this season, while avenging the FA Trophy defeat earlier in the season.

We host our sponsors Autohub, Gainsborough, Steve Summers and Joshua Plastow to the game, and hope they enjo 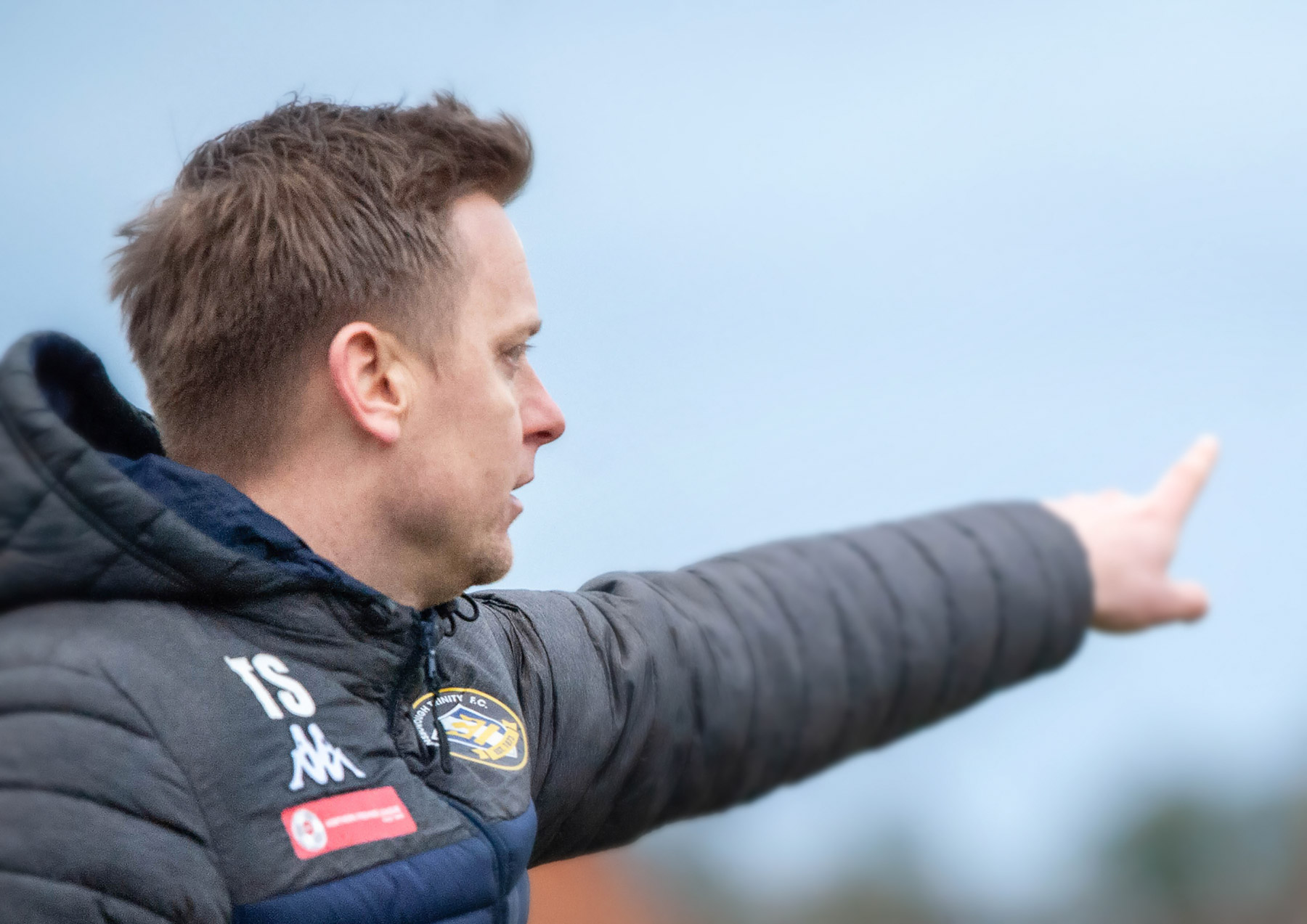 y a fantastic afternoon's indulgence, both in The Blues Club before the game and on the ground afterwards, cheering Trinity on to victory. We also welcome Jack Lyner, who leads the team out on Saturday as part of his 11th birthday celebrations. Happy Birthday for Thursday, Jack!

Our visitors this weekend are six places and eight points better off than the Holy Blues, sitting in eleventh place in the PitchingIn Northern Premier League table, having played the same number of games. Since the turn of the year, the Dolly Blues shocked Matlock with a 90th minute winner - so Shaw's Trinity will need to concentrate and remain focussed for the full game to emerge victorious. Six wins, one draw and nine defeats in the league on the road have given the visitors 19 points on their travels (16 games) at 1.19 points a game as opposed to the Holy Blues' home points yielding 1.87 points per game.

It's certainly looks to be a promising afternoon's entertainment, so get yourselves down to the Gainsborough Martin and Co Arena from 2pm, kick off at 3pm and cheer on your favourite Blues, Holy or Dolly, we look forward to welcoming you! The Blues Club will be open from midday with the Leeds United vs Tottenham Hotspur game on the Big Screens, welcoming both home and away supporters looking for a pre-match pint!

George Hornshaw is the smiling face on the cover of this week's 36 page Holy Blues Review. Inside, there's Stef Galinski as the Big Interview. Prosper Keto answers the 10 Quick fire questions. BBC Radio Lincolnshire's Dale Storey discusses the many routes into the sports media world, while Steve Andrews looks at games on and around this week in Trinity history. And Phil Anderson talks through the (letter) P in his Gainsborough A-Z! There's certainly plenty to read ahead of the game! Limited programmes are available to purchase at the turnstiles. Priced at £2.50, so arrive early to grab your copy, or head over to our friends at Matchday Creative to order yours (to be delivered to an address of your choice).