Coming next to the Gainsborough Martin and Co Arena are Matlock Town. The Gladiators are the visitors on Saturday. Kick off at 3pm in the PitchingIn Northern Premier League as Tom Shaw's side look to maintain the impressive home form that has been confirmed by Club Statistician Andrew Stothard, as the best run since highly acclaimed Neil Warnock's 1980/81 campaign. Once again, the Holy Blues are offering Under 16s the chance to come and watch the game for free, when accompanied by a paying adult.

We're looking for youngsters to come and add their support and their voices as Tom Shaw's Trinity face off against one of the league's big hitters - one of the sides still actively chasing the champion spot! So spread the word far and wide & let's get Northolme bouncing! Originally scheduled for New Years Day, we missed out on the possibility of a four figure attendance to kick 2022 off in style, but hope we can bolster the attendance this afternoon with the visit of our Derbyshire neighbours.

Earlier this season, a Gainsborough side, very much 'a work in progress' were defeated by three goals to nil, at Causeway Lane. Tom Shaw's Holy Blues though are a different proposition on home turf and will be looking to avenge that early season defeat and in doing so add to the points tally as Trinity look to break through the 40 point barrier.

Matlock have spent the majority of the season around the top spots, but have only won once in the last seven games, with that three point maximum coming against Bamber Bridge back in January. Draws against Grantham, Scarborough, Whitby & FC United of Manchester and defeats to South Shields and Lancaster City have hindered their title hopes, but with no one pulling away, the title race is still wide open.

Amongst the ranks of The Gladiators are a number of familiar faces to the Trinity faithful. Former manageme 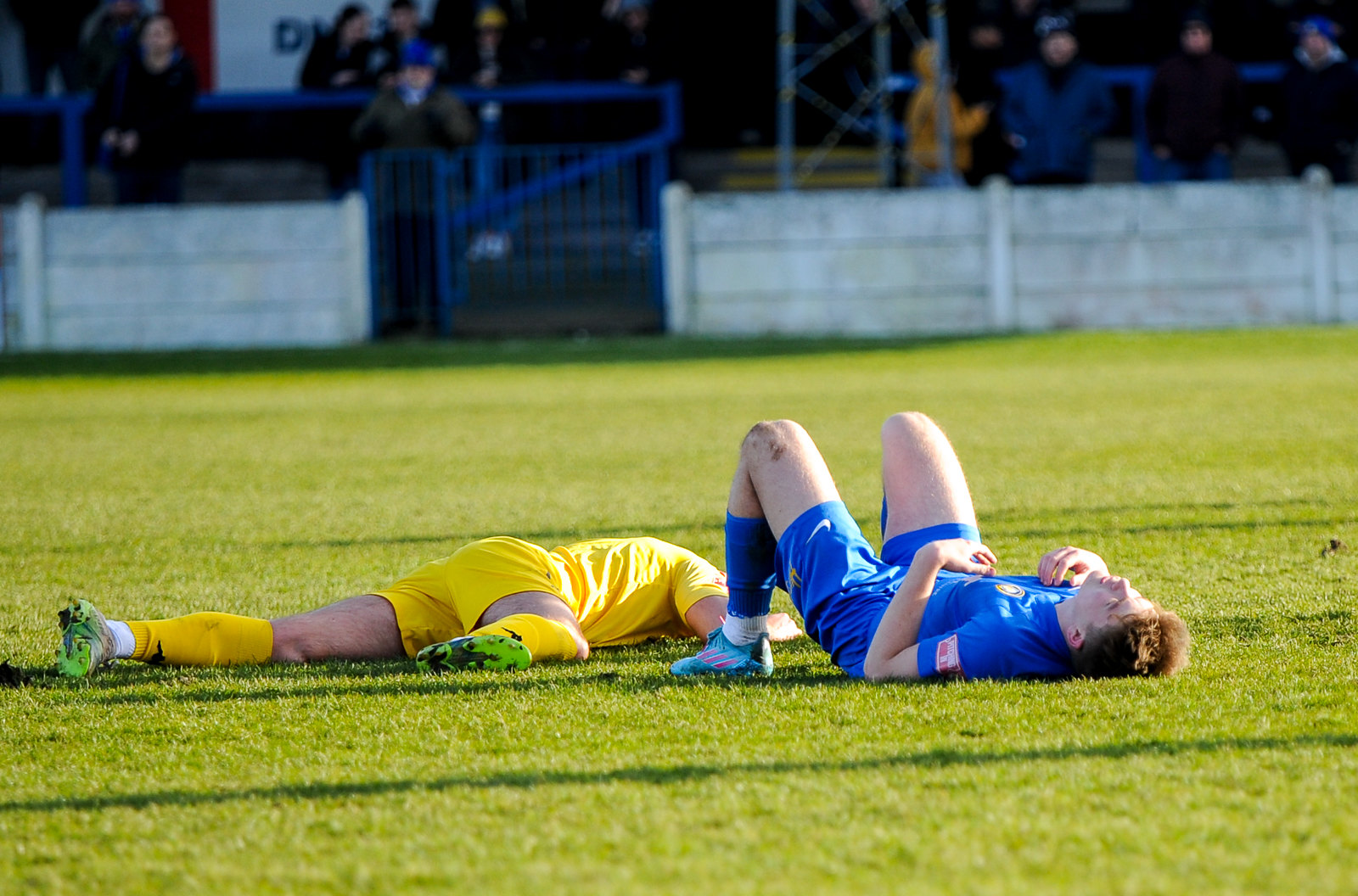 nt duo Liam King and Ross Hannah have featured regularly, while Alex Byrne is a regular goal scorer and creater for the side third in the table, four points off the summit with a game in hand on the leaders. Others to have donned the blue of Gainsborough include Ioan Evans & Alex Wiles, as too did Callum Chippendale and Liam Hughes. It's certainly going to be a tough test for the class of 2022, but one that the Holy Blues head coach will have his side prepared for.

We extend a warm welcome to our sponsors for the game, with both Gold & Silver Sponsorships paying tribute to lost friends. The Gold Sponsors, in Memory of Cec Crooks, with The Silver Sponsors in honour of Kev Gibbon. We are also grateful to our Match ball Sponsors, David Lane and Stuart Allbones. Wishing all of our sponsors the warmest of welcomes - we are hopeful that you enjoy your afternoon with us - and come 5pm on Saturday evening - you are celebrating a positive afternoon and maybe even all three points!

Saturday's Matchday Magazine: 'The Holy Blues Review' we have a host of regular features including Freddie Draper who is our Big Interview, while his striking partner Jovon Makama answers the ten quick fire questions. Photographs as ever kindly provided by Kate Simmonds over at KLS Photography.

Also included is BBC Radio Lincolnshire's Dale Storey with his popular column. Tom Shaw and Callum Minkley share their thoughts ahead of the game; while Steve Andrews & Pip Anderson provide a historical flavour to the programme too! All for the price of £2.50 and available inside the ground from 2pm!

From midday The Blues Club is open to supporters of both sides, with big screens showing the Leicester City vs Leeds United game ahead of the game - so be sure to arrive early and take in the action ahead of the all important 3pm game!

We look forward to seeing lots of faces, both old and new coming along to support the Holy Blues, in what promises to be an entertaining afternoon of PitchingIn Northern Premier League action.