Next up for Tom Shaw’s Gainsborough Trinity is a home game against Mickleover FC, on Saturday 9th April. This PitchingIn Northern Premier League clash sees the Holy Blues face off against one of the league’s form sides, in the 3pm kick off at the Gainsborough Martin and Co Arena. Managed by John McGrath, Sports are currently fifth in the form guide over the last six matches, having picked up 11 points from the last eighteen available. Also, since Christmas Sports’ form away from home has dramatically improved.

Before the turn of the year, Mickleover had won only twice on the road, including victories against Leek Town (in the Emirates FA Cup) and Atherton Collieries in the league. Since 2022 began they have picked up four wins and two draws on their travels. Only Morpeth have taken all three points off Mickleover this year, meaning that our home record will be given a thorough examination. 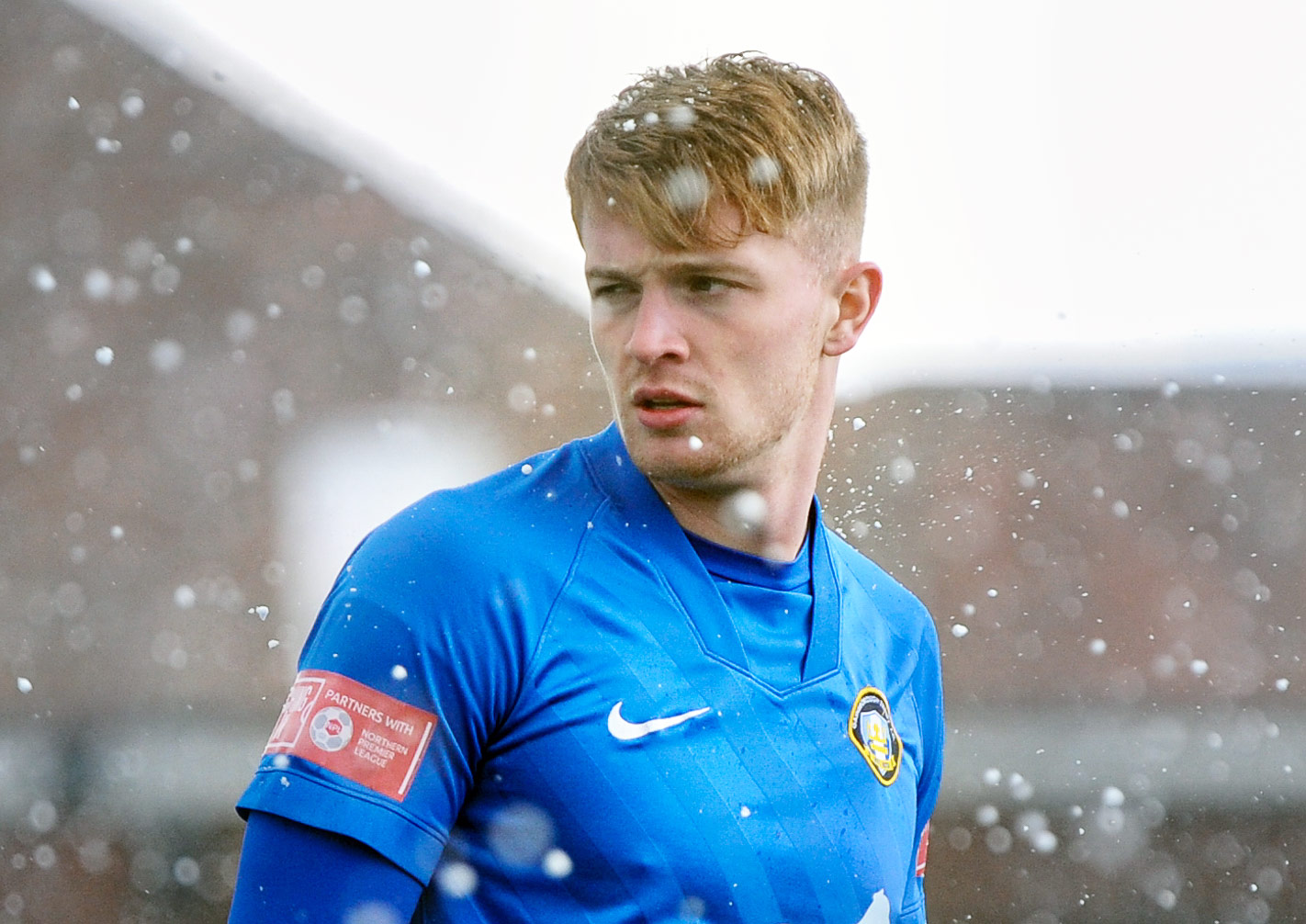 the bedrock of our season, with many of the side that tasted defeat on the opening Tuesday of the season no longer with the club. Coupled with improved recent performances, the belief has to be there within the squad to secure a three point maximum and in doing so, ensure that 19th place Witton Albion will be unable to catch us in the remaining games.

We hope to have a Goal of The Season compilation compiled early next week, with voting online across our social media platforms. If you would like to suggest any goals to make the shortlist over the weekend, please drop us a message through the usual channels.

Inside this week’s Matchday Programme, Tuesday night’s goal scorer, Joe Parkin is the Big Interview. Morgan Worsfold-Gregg answers the ten quick fire question, while there are lots of the regular features inside as we take a look back at different people in our history that had an impact, and some different programmes from years gone by. Priced at £2.50 and available to buy at the turnstiles.

The Blues Club is open from noon, showing all the live football throughout the afternoon and early evening. Both home and away supporters are welcome. The turnstiles open from 1.30pm. Tickets are priced at £12 adults, Concessions £8. In association with our fantastic home shirt sponsors, Rase Veterinary Centre, accompanied U16s can gain access to the game for free. Those unaccompanied pay £4. Let's get a great crowd in and give the players a monumental push towards safety!