For the final time of 2021/22, it is the eve of a Gainsborough Martin & Co Arena home game, as the Holy Blues prepare to welcome Lincolnshire neighbours and rivals Grantham Town to the Northolme. It's Bank Holiday Monday football, kicking off at 3pm as the season draws to a close with two more monumental efforts wanted from Tom Shaw's Gainsborough Trinity, looking to bring the curtain down on a successful home campaign with victory over Lincolnshire rivals Grantham Town, Shaw is set to shuffle his pack.

Let's get the ground rocking ahead of the visit of Matt Chatfield's side. Chatfield is the third manager of Grantham's season, which began with Carlton Palmer in charge, before a cameo appearance in the dugout from ex Boston United manager Dennis Greene, cumulating in the appointment of former AFC Mansfield boss Chatfield, to take the club in a fresh direction following their relegation.

Victory at The Meres on Easter Saturday against Hyde see Grantham heading to Trinity in good spirits, looking to secure three points on the road to end their season as it started with three points away from home. Shaw's Gainsborough Trinity, despite injury absentees, will be wanting to maintain their impressive form though, in front of the Northolme faithful. Form that has seen the side taste defeat only twice in the league all campaign, so please come out and back the boys in blue.

Under incredibly difficult circumstances Shaw and his backroom staff have consistently put out a side that have fought for the shirt, played with pride and given their all for the cause. Following the final whistle, we would like to finish the season with a lap of honour and a short presentation to the players chosen as Player of the Season, by the Directors, Management, Players and Supporters, in front of the Ping Stand. We thank every player to have pulled on a Gainsborough Trinity jersey 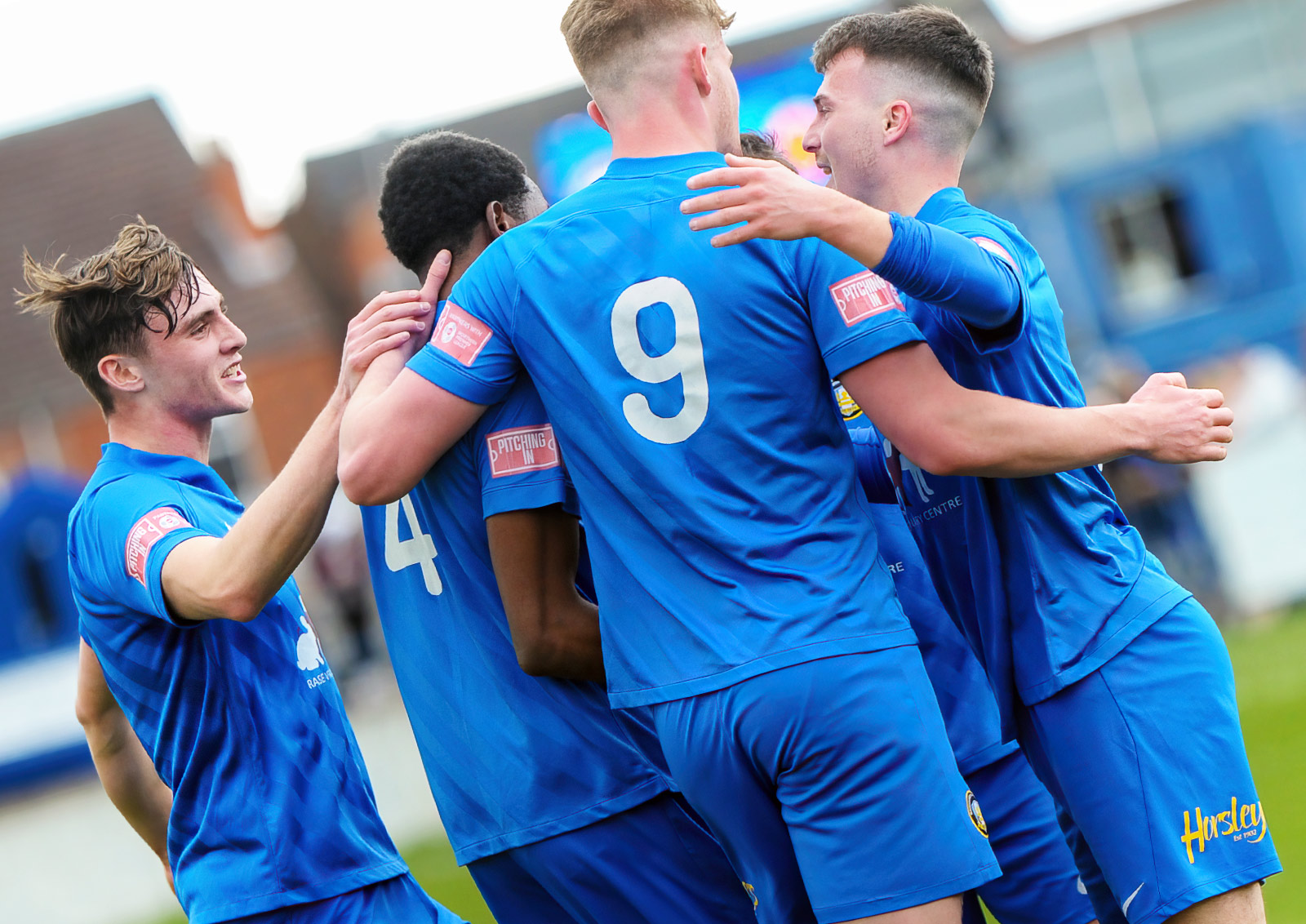 this season, throughout the highs and lows.

Under 16s are again able to come and enjoy the game for free when accompanied by a paying adult, thanks to the continued generosity of our home sponsors, Rase Veterinary Centre. There's also the added incentive for the early birds amongst our young supporters, with the first 50 through the gates bagging themselves an Easter Egg, kindly donated by our friends at HIS Church.

The final Holy Blues' Review, our matchday programme, of the season sees Cameron Johnson as the Big Interview, while Toby Gould answers the ten quick fire questions. Graham Cowell takes the BBC Radio Lincolnshire mantle as he gives an insight into the trials and tribulations faced by Bank Holiday Monday's opponents.

Pip Anderson's Gainsborough A-Z skips a couple of letters to focus on Neil Warnock. Supremely timed following his decision to retire from the dugout early last week. And the archives are trawled through as Steve Andrews takes us back in time to uncover a few recent treasures! There's also notes from Head Coach Tom Shaw and captain, Stefan Galinski. Plus lots of fabulous photos from Kate Simmonds throughout. Grab your copies on the turnstiles for £2.50!

And finally a quick shout out to all our fabulous sponsors this season who have helped massively with the running of the club through the tough times. We're grateful for your backing. And to this Bank Holiday's Match Sponsors, Gold Package, Rase Veterinary Centre, Silver, Horsleys of Gainsborough and Match Ball Sponsors Will Stanser and Lauren Waddington. As ever, thank you for your backing of your team, Gainsborough Trinity.