Gainsborough Trinity go into Tuesday night’s game under the lights at the Dave Longstaff Martin and Co Arena against Guiseley in good form. Unbeaten in six games, and with back-to-back league wins over Whitby Town and Stalybridge Celtic, Neal Bishop’s young side, led by evergreen striker Clayton Donaldson are full of confidence as they look to extend the run that has seen the Holy Blues rise to eighth in the early season table.

Donaldson jumped to the top of the club’s scoring charts at the weekend as he scored his sixth of the season, and fifth in two games, with the front man enjoying his football at the Northolme. Both he, and the Trinity faithful will be hopeful that Clayts can continue that run of form as the Blues look to continue the ascent of the table. Danny Ellis is the manager at Guiseley, assisted by a former Trinity man from the Steve Housham era, Danny Forrest. Both were appointed in the summer, following our visitors’ relegation from National League North.

Sitting on the same number 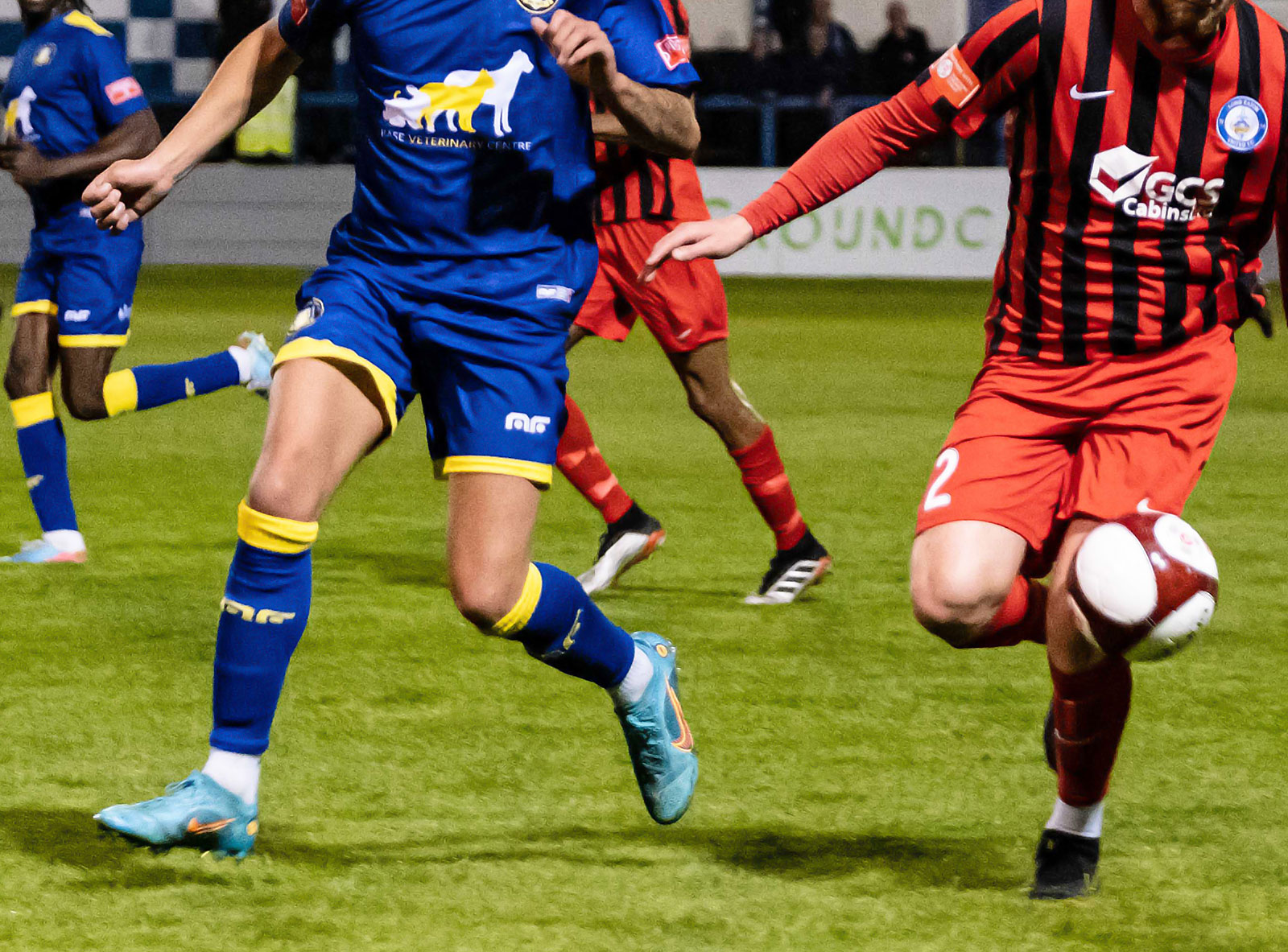 of points as the Holy Blues ahead of today’s game, Guiseley have scored eleven goals in their ten games so far averaging 1.1 goals per game. Trinity have been going along at an average of 2 goals per game. Guiseley have conceded 14 in the league so far this campaign, as opposed to Trinity’s five in eight. Matt Yates’ mean defence keeping four clean sheets in eight, but as we all know, statistics can mean very little, it’s all about how the sides fare against each other on game day!

Guiseley have picked up one win, 1 draw and 4 losses in the last six games, as opposed to the Holy Blues recording three draws, two wins and just the one loss. Last time out Guiseley lost 2-1 away at Hyde United

, but again look set to prove a tough test under the Northolme lights.

Tickets are priced at £12 adults, £8 concessions and £4 Under 16s. The Dave Longstaff Martin and Co Arena on a Tuesday night is a great place to be, tell people where you are going, what your plans are, and bring them along to see the football. It would be great to have you with us! In other news, the Holy Blues today discovered our opponents in the Izusu sponsored FA Trophy. We have been drawn at home against Barwell Football Club, the fixture taking place on Saturday 8th October for a 3pm kick off.

There’s only four days left to enter our inaugural draw of the newly formed Back the Blues: 100 Club. Drawn this coming Saturday, there are three chances to win for our entrants, with the first prize of £250, runners up prize of £100 and third prize of £50. At just £10 a month (the equivalent of less than £2.50 a week) you're in with a great chance of winning some reddies back, whilst also raising funds, which in turn helps to support the club. Enter the draw now at our dedicated 100 club page, and pay for your ticket by PayPal or card.

Issue 6 of the Gainsborough Trinity Matchday Programme features the man of the moment quite heavily. Clayton Donaldson adorns the cover, with the fantastic capture by Russell Dickens taken in Saturday's victory over Stalybridge. Inside he also completes the First and Last questions and subsequently has his match card ready for autographing! Also included inside are Dale Storey's BBC Radio Lincolnshire column, Under the Bed, courtesy of Steve Andrews, Phil Anderson continues his Trinity A-Z, while all the facts, stats and figures are up to date - and they certainly make good reading! Also read what captain Andrew Wright and the boss Neal Bishop have to say ahead of the recent games - and those on the horizon!

It’s another full programme of action in the Pitching In Northern Premier League with the pick of the ties seeing Ashton United at home to Matlock Town and Marske United entertaining table toppers South Shields. Two points separating top down to seventh in the table. Whitby Town, after picking up their first league win of the season against Nantwich Town on Saturday travel to Radcliffe, one of the sides currently in the play-off spots.