Having impressed the Gainsborough Trinity management team of Liam King and Ross Hannah, during pre-season, Harry Middleton has signed a deal to remain at the club for the 2019/20 season. The 24 year old midfielder made twenty appearances in all competitions last season for the Holy Blues, having joined the club from Alfreton Town. Of the three regular starters from last season who were given summer targets before being considered for the 2019/20 season, Middleton was the only one who rose to the challenge and secured a contract.

Liam King revealing, "Ross and I gave Harry some targets over the summer and he has gone away and worked incredibly hard. He has come back in fantastic shape and integrated into the side brilliantly, so obviously we are delighted to secure his services for the season. This is just the beginning for Harry though, he's set the bar high and it's now up to all of us to keep improving and developing."

Having made over 60 appearances in the football league at D 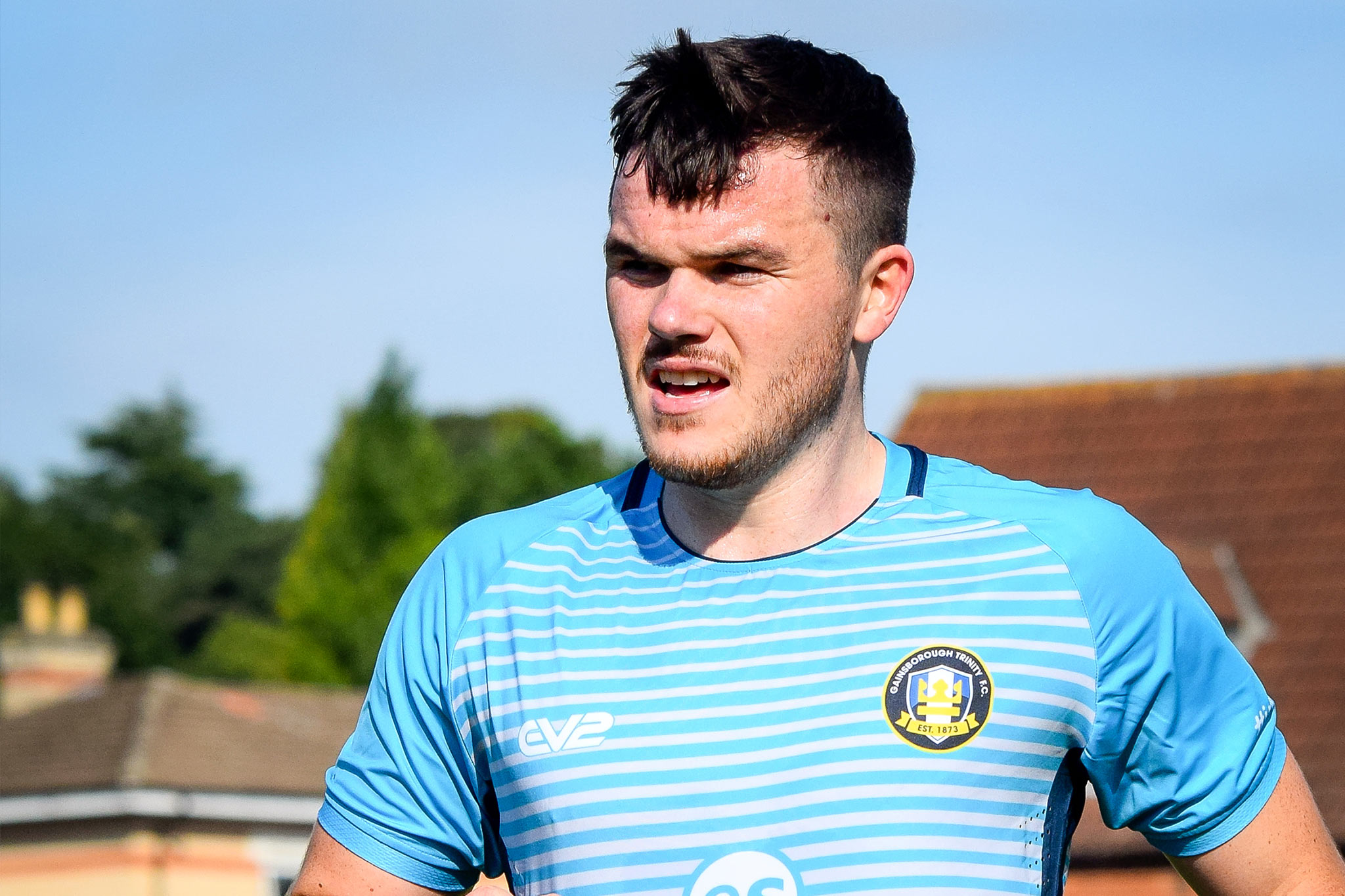 oncaster Rovers, before a handful of appearances at Port Vale & Halifax, Harry made the move to Alfreton before moving to Trinity in November of last year. Possessing a range of passing and with a great engine, Harry adds further fantastic quality to the Gainsborough Trinity engine room.

On signing his deal, Harry revealed, "I’m delighted to get it sorted, I’ve worked hard off season and hopefully this year I can show everyone what I can do! We've got a great squad this year and I'm looking forward to doing my bit in what I believe will be a successful season."

I'm sure everyone is behind Harry and hoping it is indeed a successful season for Trinity. Welcome back H!