Neal Bishop's Gainsborough Trinity are on the road on Saturday, as we head to Derbyshire to take on Belper Town at Christchurch Meadow (3pm) looking to maintain our fantastic form on the road, and cement our place amongst the front runners at the top of the Pitching In Northern Premier League. It's a game that pits the 22nd placed Nailers against the 4th placed Holy Blues and Bishop's boys will be determined to make it five straight league wins.

Without conceding in the previous 360 minutes in away league games, the Blues have to take a lot of confidence into the game, but will be aware of the task in hand on the artificial playing surface at DE56 1BA. Promoted via the play-offs last season, beating Chasetown by a single goal away from home, the Nailers looked to be a strong group of players that would make the step up to the NPL comfortably. However, following a poor start and the departure of manager Grant Black in early September, and subsequent losses of several players that helped Belper to promotion, including their skipper Danny South, Steve Kittrick has tried to settle his squad that until recently has included three former Trinity players. Kyle Dixon and Jack Gibson, two players from last season's pool of players, and Brodie Litchfield, a close season signing back in 2019. In fact, Litchfield is the Nailers' top scorer with five goals to his name, so far.

Since Kittrick took over on the 16th September, he has overseen one win, Stalybridge, and three league draws against Lancaster, Atherton Collieries and Radcliffe. Five defeats have come against Ashton United, Bamber Bridge, Guiseley, Marine and Runcorn Linnetts last time out in the Trophy. Despite the defeats, Belper have become harder to beat, as the last six games show. In the last six league games, the Nailers have won one, drawn three and 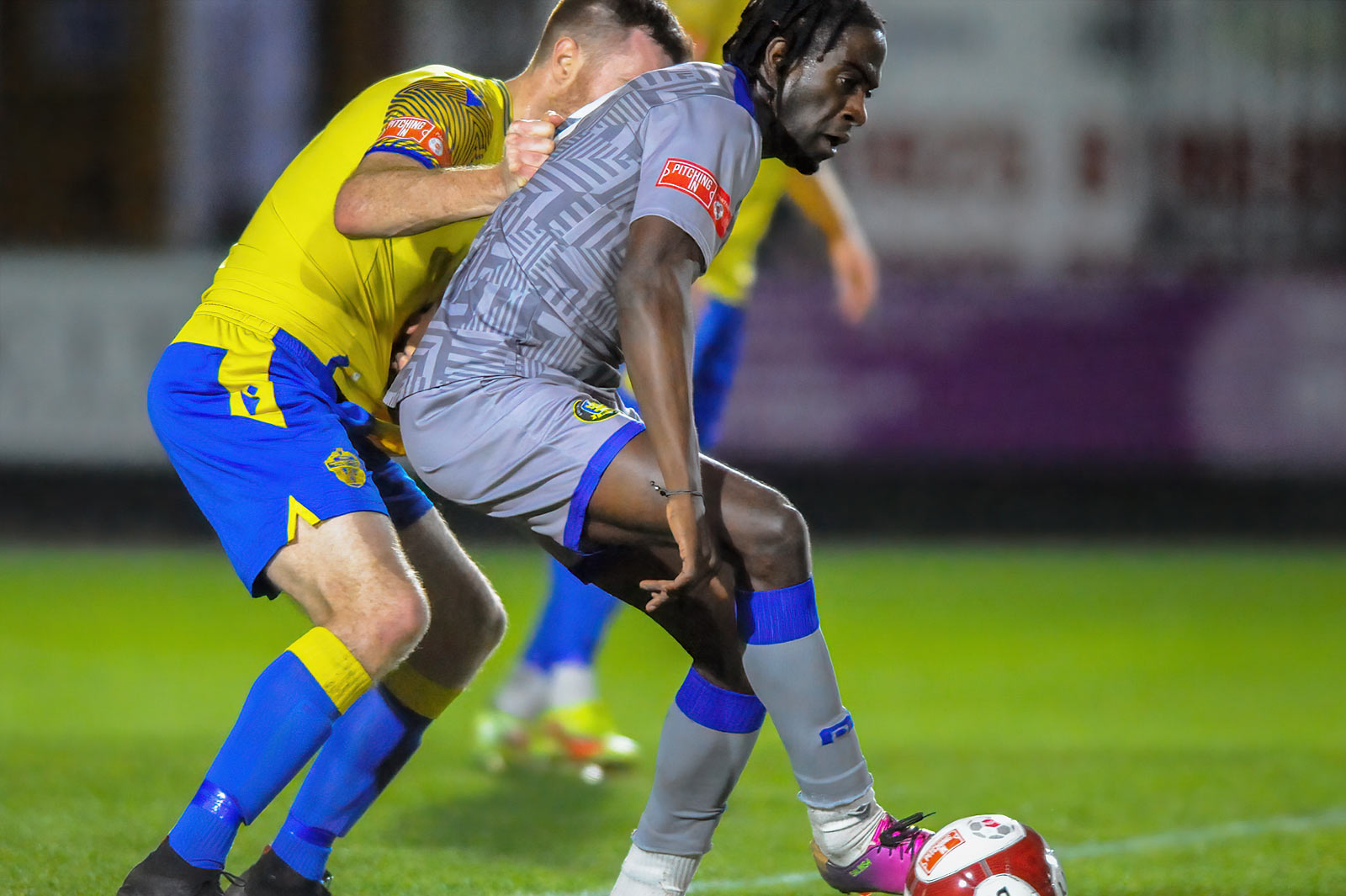 Belper have picked up five points from the 24 available so far at Christchurch Meadow, and the Holy Blues will be out to ensure Town do not add to that total on Saturday. In the Trophy defeat last time out, former Blue, Jack Gibson got off the mark for the season, but his former employers will be hoping to keep him quiet for the afternoon.

It can be confirmed that Tom Cursons has left the football club. We wish Tom all the best moving forwards. Any other news will he shared in the usual way, as and when anything happens!

Ahead of the game, Belper Town have advised that there will be no matchday parking at the ground due to events at the Cricket Club on Saturday evening. Our hosts recommend the Mill Car Park, opposite the entrance to the ground, or some of the Pay and Display Car Parks around the town, near to the ground. Admission prices for the game are set at £11 adults, £7 Concessions (Under 16s and 60+) £7 Students with a valid NUS Card and Free for Under 11s. So get yourselves along and see what fireworks Bish' boys can light up when the whistle sounds!

It's a busy fixture list on Saturday in the Pitching In Northern Premier League, with only Matlock Town not in action at all. Their scheduled opponents, South Shields are involved in the FA Cup with a home clash against Forest Green Rovers. Half an eye will be looking at that one to see how our sole NPL representative gets on against football league opposition. Also, a notable fixture sees Atherton Collieries visit Mount Pleasant. Not normally a game that may catch your attention, but former Trinity boss Curtis Woodhouse took charge on Wednesday morning as he broke his self-imposed footballing refresh.