Neal Bishop's Gainsborough Trinity side are back on home turf this weekend, when we entertain Ashton United at the Dave Longstaff Martin and Co Arena on Saturday. Kick off at 3pm. Following three consecutive away games, the latter two in the league, where the Holy Blues recorded back to back wins. Making it seven points from nine in the Pitching In Northern Premier League, since our Bamber Bridge defeat at the Northolme back in October, Trinity are determined to translate the fantastic away form into a blueprint for home success.

Trinity have no fresh injury concerns, but with no game in midweek, Physio Jonno Whitehorne has been able to get a handful of those with knocks the rest and recuperation they have needed. George Hornshaw is back out on the grass following the nasty injury he sustained in the last home game, whilst Cieron Keane is now awaiting knee surgery, which we hope to be able to update on shortly.

The away form has undeniably been the catalyst for Trinity's fine league position at the beginning of November, currently occupying third spot in the table, two points behind second place FC United of Manchester, with a game in hand. South Shields down in 9th are the only team to have played less games than ourselves. With three games to make up, they sit three points behind the Blues. Shields passed up their chance to close the gap on Tuesday night when they were edges out by the Tigers at Mariners Park by a goal to nil.

It's certainly proving to be 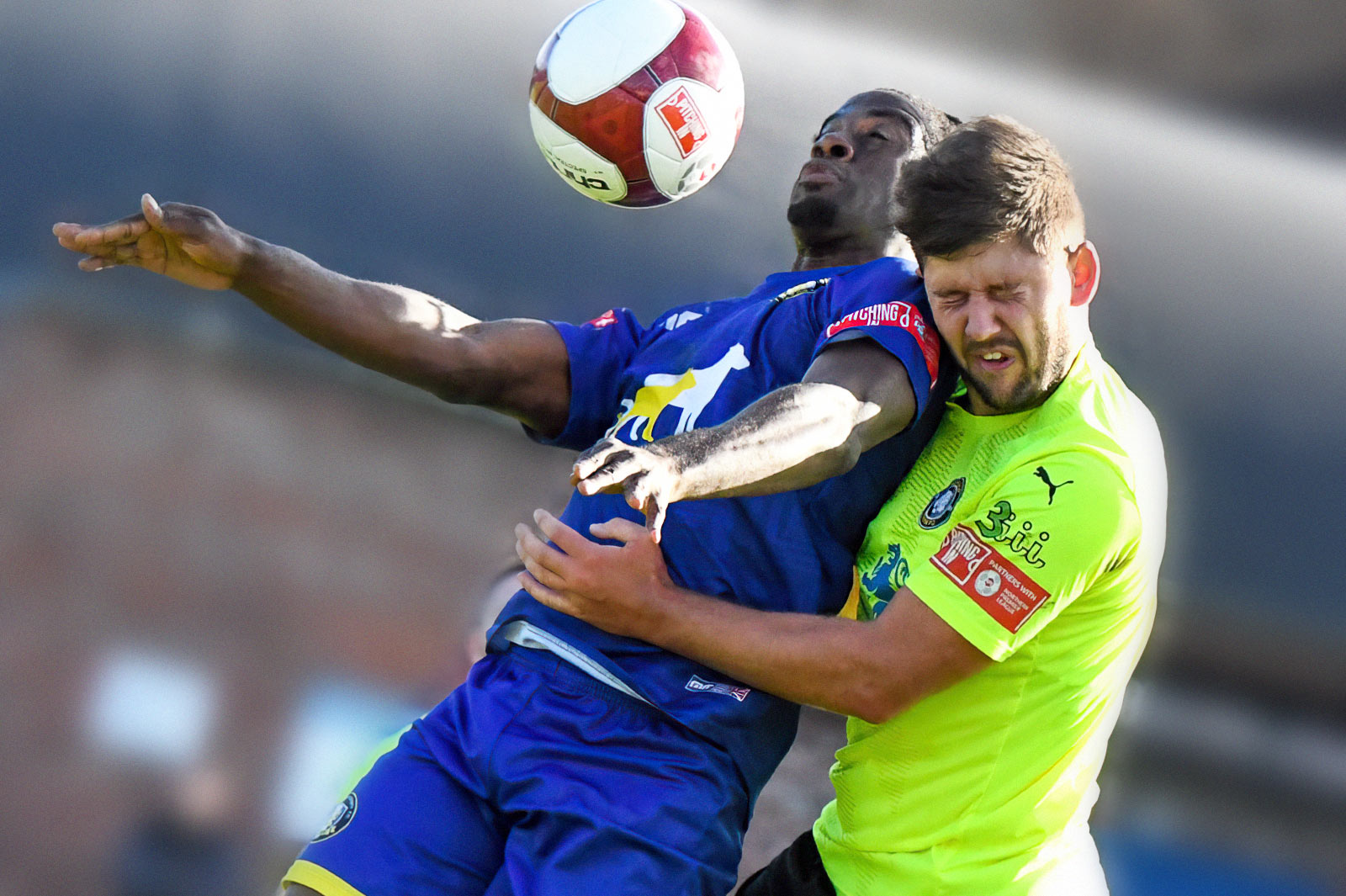 something of an exciting season for the Trinity Faithful, who are trying to take things game by game, but with fixtures in the next three weeks against FCUM, Hyde and Shields, amongst other tough tests; anything is possible for this young, vibrant team.

The Robins have collected 10 points from their last six away games, winning t

wo of their last three, or three of the last five. As opposed to the Holy Blues' point per game in the same six match period. Ex Witton Albion and Nantwich Town striker Carl Saunders, son of the legendary Dean, is the top scorer for Ashton with six this campign. He is joined up top by former South Sheilds and Stalybridge Celric front runner who has hit three in the last four games for the side from Hurst Cross.

Managed by Michael Clegg, appointed in November 2019. The Robins' boss served previously at Atherton Collieries and has put together a competitive side, who would be right up amongst things at the top of the table, if it wasn't for a three point deduction for an early season indiscretion. This one certainly has all the hallmarks of a classic Northern Premier League clash, so get down to the Northolme and pin your colours to the mast! Blue Army!

The Royal British Legion will be present at the game on Satuday, ahead of Remembrance Sunday. Please join us in observing a two minute silence prior to kick off, to reflect on those who gave thier lives during conflict, so we can enjoy our freedoms today. The Matchday Programme pays tribute to Rememberance Day, with the cover adorned by a single, red poppy.

Tickets for the game are priced at £12 adults, £8 concessions and U16s £4. Car parking, at a price of £2 per vehicle is available opposite the turnstiles and is for both home and away supporters. The Blues Club, open from midday, offer a warm welcome to home and away supporters, providing a great range of beverages. A pool table and live football on the Big Screen and a number of smaller screens around the bar. A great place to pop in and socialise with other members of the TrinityFamily before the main event kicks off at 3pm. And somewhere to catch up with the players after the game. Hopefully to join in with the celebrations come 5pm!

We are delighted to welcome our away shirt sponsors to the match on Saturday as our Gold Sponsors. Perhaps the presence of EFW Transport can spark a winning upturn in our home form. Thank you for your continued backing of the Holy Blues, we hope you enjoy your afternoon's hospitality and on field entertainment!

Priced at £2.50, with limited copies available on the turnstiles, our action packed programme, produced in collaboration with our partners at Matchday Creative and AATM Media, has great action photos from Club Photographer Russell Dickens. Loan man Harry Lewis, who extended his stay for another month on Wednesday features on the First and Last Quick Fire Questions. Steve Andrews digs out a few programmes from Under the Bed as he looks for games from this time in his story, while Phil Anderson digs a bit deeper to tell the story of a man who donned the Blue of Trinity, and also scored at Anfield against Liverpool. Fred Middleton is the man you can read all about in Pip's Alternative Trinity A-Z, this week. Assistant Boss, Darryn Stamp and Skipper Andrew Wright share the insight from within the camp with their articles, whereas BBC Radio Lincolnshire's Dale Storey shares his thoughts on the game, and recalls an unhappiest time the two sides locked horns, as Liam King's spell in charge came to an end.