The Holy Blues start a run of games on Tuesday evening, that sees Trinity on the road for three of the next four games, looking to climb to the summit of the Pitching In Northern Premier League. And with the Holy Blues at Nantwich the only game on Tuesday night, those chances are further enhanced, with victory over Ritchie Sutton's in form Dabbers. Following Tuesday's game in Cheshire, Neal Bishop's men head to FC United of Manchester in a top of the table clash, before facing Radcliffe a week on Saturday at the Dave Longstaff Martin and Co Arena before completing the mini away run against current table toppers' Hyde United on December 3rd, at the earlier 2pm kick off.

While Bish's boys were making it three wins on the spin (in the league) on Saturday, so too were Nantwich Town (in all competitions), defeating Morpeth at the Swansway Stadium. Starting the evening in 20th and separated by 15 points, the Dabbers are not to be underestimated, having kept in touch with the sides immediately above them, sides that both won at the weekend. Neal Bishop's side will be looking to continue their fine away form that has seen them pick up twenty 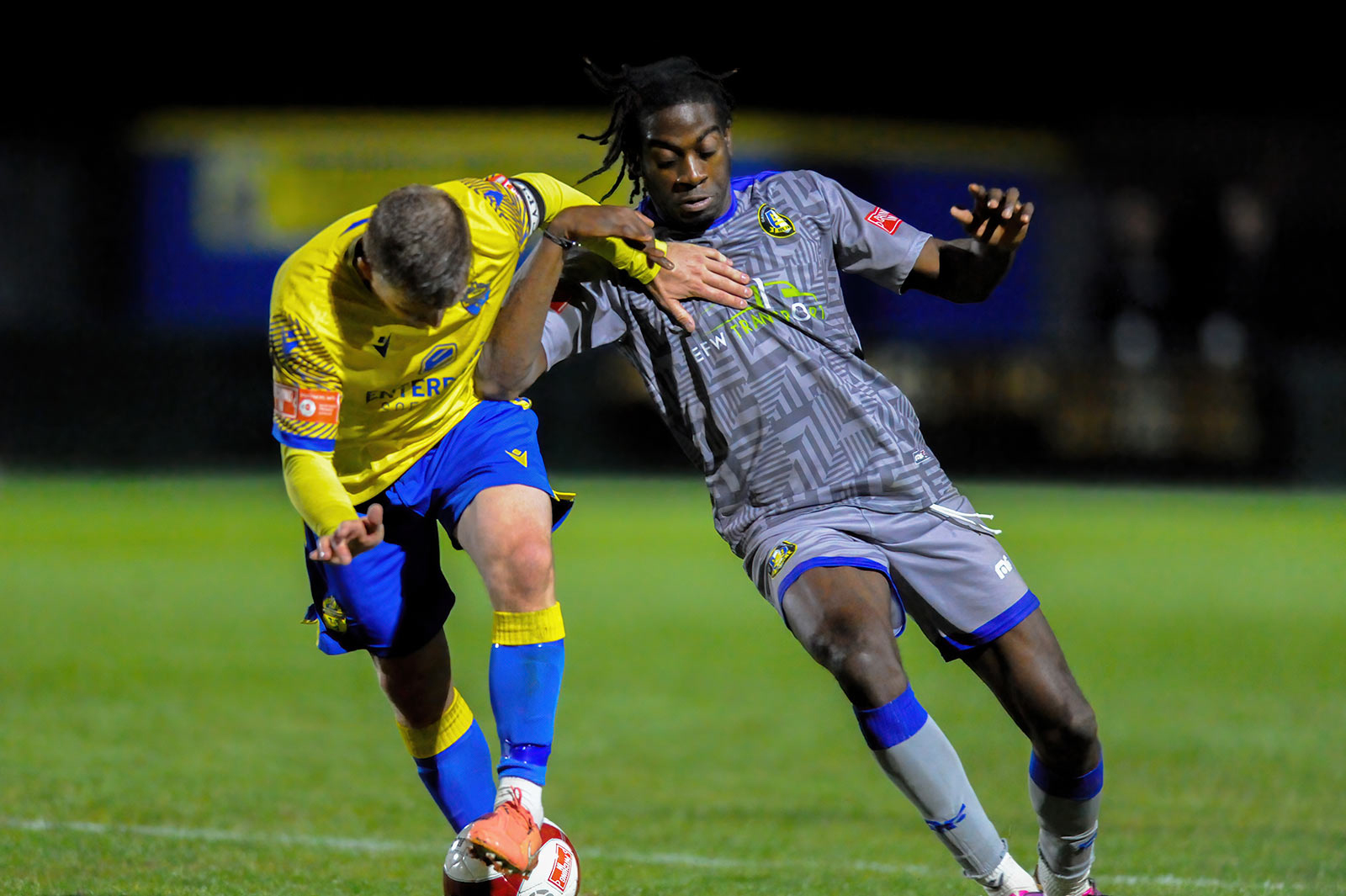 points on the road, winning six, drawing two and conceding only three times while averaging nearly three goals a game.

Games between the sides though, are often tight affairs. In six attempts, Trinity have been unable to defeat the Dabbers. Three times at Northolme have games finished goal-less, whereas Nantwich have the advantage, with three wins, all with a single goal margin in fixtures held at Nantwich. Last season in the game at Swansway Stadium, Brad Grayson put the Blues ahead, turning home from a Cieron Keane corner, only for Troy Bourne and Dan Cockerline to turn the game Nantwich's way.

The travelling Trinity faithful will certainly be hopeful of a change in fortunes this time around, with this group of players taking everything in their stride, taking each game as it comes and rising to the challenges faced. And this group have the added incentive of picking up all three points. There's a familiar face in the Nantwich squad. Three time former Trinity forward, Curtis Morrison has featured for the Dabbers, from the bench a couple of times, since signing from Hyde United at the end of September. Appearing in their wins over Ashton and Morpeth.

Unable to get to the game? Follow along on Mixlr, no subscription required, as I keep you abreast of the action, hopefully bringing news to a device near you, of a Trinity victory. C'mon you Blues (Greys). Commentary can be streamed via our commentary page, or direct on Mixlr here.