Loan Extended As All Parties Commit

Rotherham United have today agreed to extend the loan deal for Curtis Durose to stay with Gainsborough Trinity for a further month, in the first instance. The deal, which sees Durose available for the next month at least, will be reviewed by each party at the end of each month, with the Millers obviously delighted at the progress the youngster has been making during his time with the Holy Blues. Subject to normal league and FA ratification, the attack minded midfielder will be available for Saturday’s trip to Stafford Rangers.

Speaking about the extension, Curtis was obviously pleased to have his immediate future secure, “I have enjoyed playing games and getting minutes under my belt in the men’s game, but also being able to contribute with goals and assists, helping the team to do well. The relationship with all the lads and a good team spirit to be apart of has certainly helped me massively. Getting used to men’s football and also the physicality of the men’s game, while playing 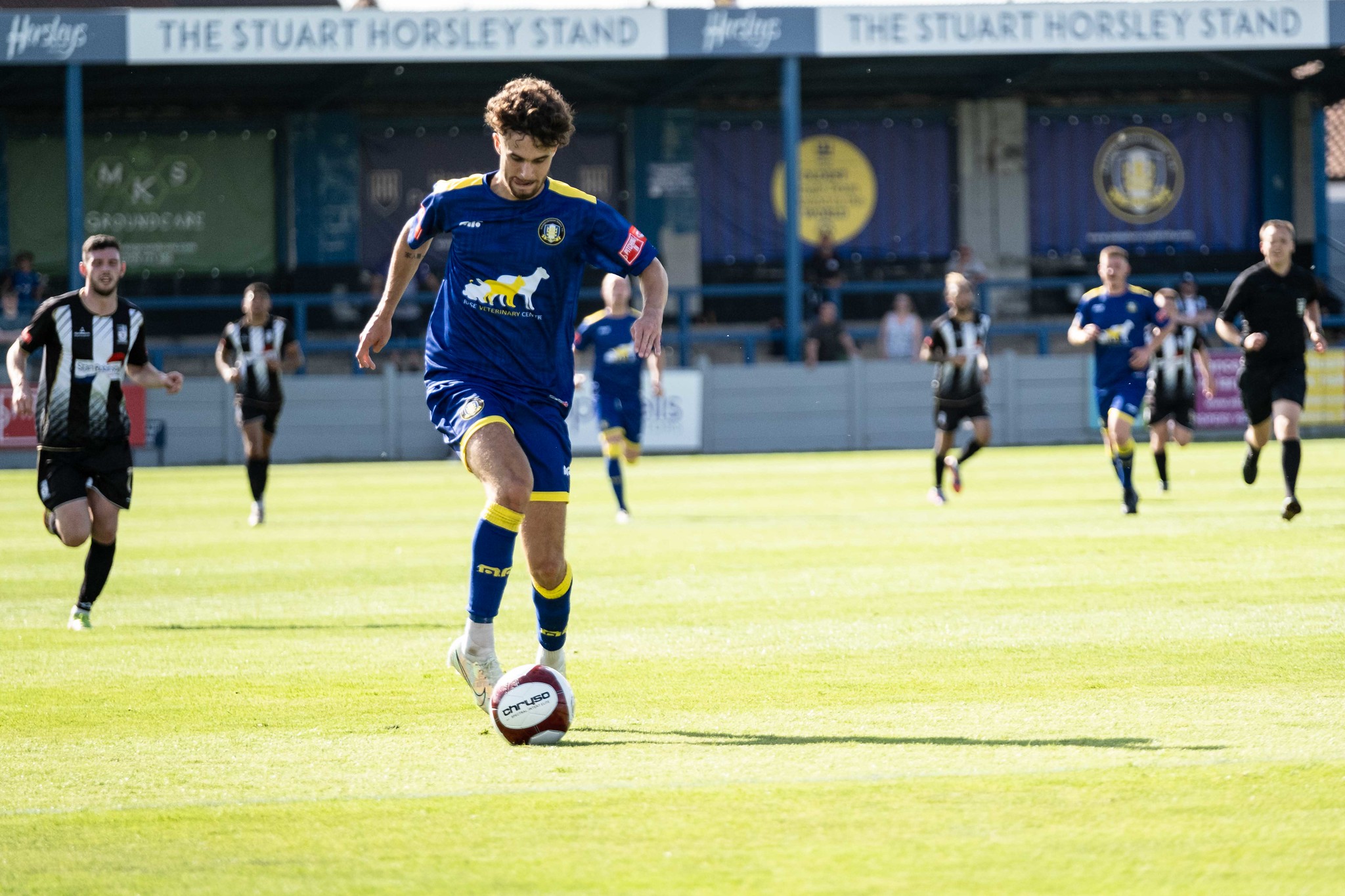 in a competitive league where every week you are battling to get three points, really helps your game, I initially spoke to my agent and a few of the staff and players at Rotherham, and their advice was to stay in a place where you are playing and enjoying it at the same time. So far, I have been really enjoying my time here, with great players, fans and staff.”

Looking back, young Durose has played a crucial part in the Holy Blues’ season so far, contributing nine goals and countless assists in 28 games, as he touches on what has gone before, he remains focussed on the future, not content to rest on his laurels, “For me, we have been doing well to get to where we are in the league table, at the halfway point in the campaign, not just down to results but also our performances as a team."

"I’d like us to continue with that and keep pushing for the number one spot in the league and make it a season for the fans and club to remember. I am keen to keep developing as a player, as that is a big part of being on loan and I feel like I am able to do that at Gainsborough. Hopefully, I can keep helping the boys and club to get success!”

And for the future, there is obviously the ambition there, for Curtis to play as high as he can, and he admits, “There will be a time where I do move on and look to push myself further up the footballing pyramid, but Gainsborough will always be a club I remember playing for! And if I can help create some even more, special moments before that, then even better!”

Curtis has been a key part of the setup here at the club, since starting the first couple of games on the bench, he has gone on to secure a regular starting berth and becoming something of a crowd favourite, with a number of fabulous goals and infectious personality. Clear to see as he enthuses over his favourite goal, “that was probably my first goal away at Marine. When Waldo (midfielder Liam Waldock) played me in and I took a touch past the full back and used the outside of my foot to beat the ‘keeper at his far post.”

There are certainly plenty to choose from, and we look forward to the chapter going forwards – it’s great to have you on board with us!