Neal Bishop and Darryn Stamp's Gainsborough Trinity hit the road on Saturday, for the first away game of 2023. Stafford Rangers' Marston Road the destination for the Holy Blues kitted out in grey, for the third double header of the campaign. A goalless draw was played out at the Dave Longstaff Martin and Co Arena earlier in the season, with Trinity targeting all three points from this weekend's fixture - at a ground notoriously difficult for the Blues. Here's hoping that under the watchful eye of management duo Bishop & Stamp, our excellent away form can be maintained - and previous records in this part of Staffordshire- can be eradicated from the memory bank.

Trinity head to the most southerly point of the Pitching In Northern Premier League, boosted by the midweek acquisition of Jay Glover from League One side Sheffield Wednesday. And the extension of Curtis Durose’s loan from Rotherham United. Wednesday midfielder, Glover has just finished a month’s loan spell at Belper Town, and in his final game of the loan, faced off against the ‘Boro, helping the Nailers to a rare league victory.

In excess of a 200 mile round trip – the side will be hopeful of being backed in good numbers, against the side currently sitting in 11th, on 33 points from their 23 games. In fourteen home games (all competitions) Rangers have won 50% of their games including victories over play-off chasing sides, Radcliffe, FC United of Manchester & Marine. Draws against Warrington Town, Hyde United and Guiseley add to Stafford’s impressive home form, meaning all aspects of the Holy Blues will be needing to work efficiently to come away with a positive result.

Leading the scoring charts for Stafford is former Shrewsbury Town youngster, Kaiman Anderson. While the man with the prodigious long throw, Tom Tonks, captains the side, and looks to dictate the midfield, but all told, Matt Hill’s side are a well drilled side, with plenty of experience and knowhow in the dugout, making this one an engaging battle, where the Holy Blues wi 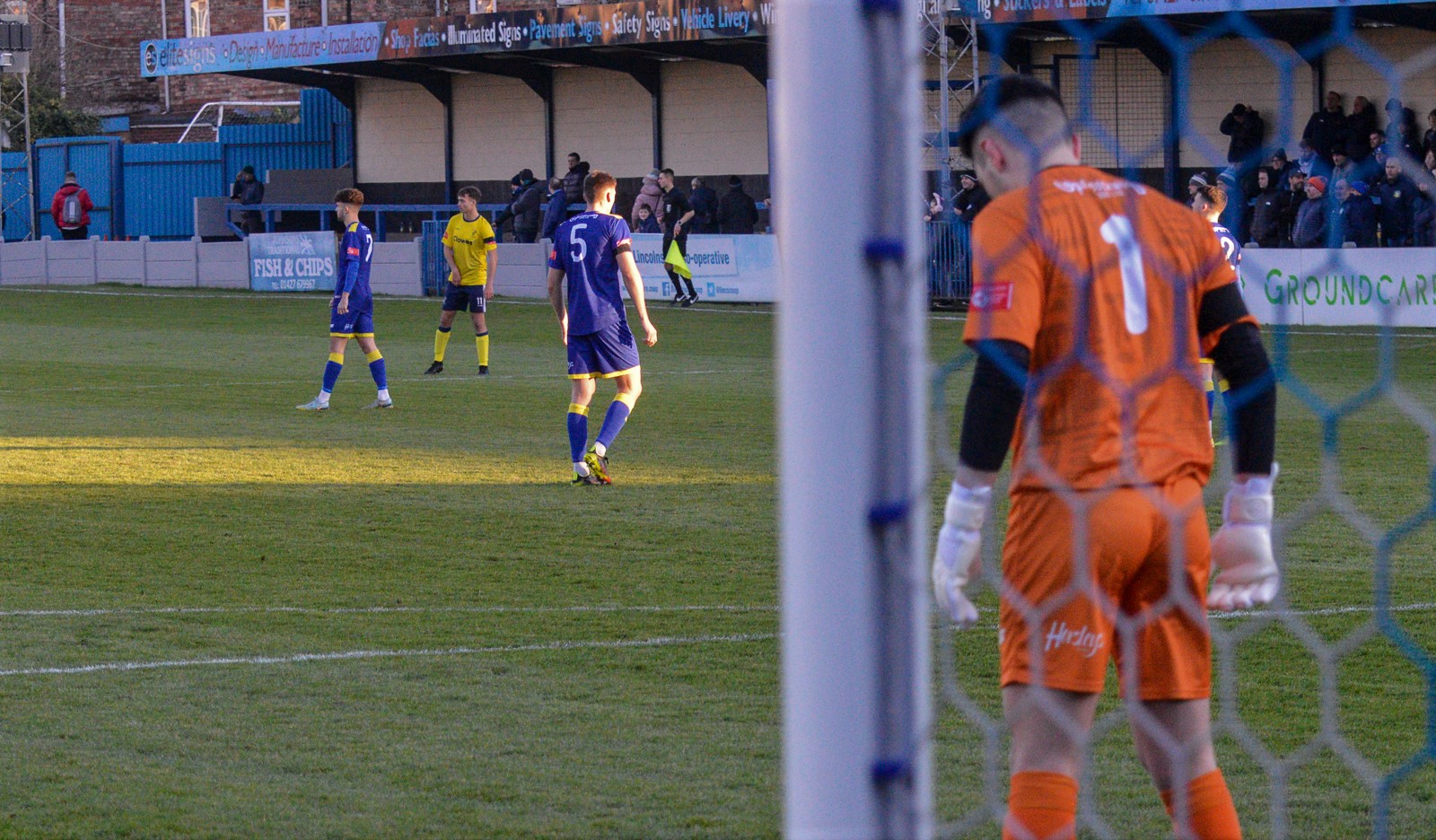 ll need to roll up their sleeves and go toe to toe.

Trinity’s attacking front axle, were really starting to click into gear at home to Matlock, as Liam Waldock moved to within one of fifteen for the season from midfield, Curtis Durose one away from double figures and Clayton Donaldson edging nearer to twenty for the season.

Anyone unable to travel, can tune in to full match commentary with Rob Hughes (@AATM_Media) from five to three, by following the link. Keep up to date as Trinity look to maintain the pressure on Hyde and South Shields. You can also follow the live tweets on Twitter, or team news, half time and full time updates on Facebook,

The two Warrington sides are in home action this weekend, against two teams that have parted company with their managers this week, Ashton United, following their New Years’ mauling at the hands of the Tigers, saw Brad Cooke make a swift exit. Belper, soundly beaten by Matlock on Boxing Day, bounced back with a win over Stafford on Bank Holiday Monday, but Steve Kittrick’s cards were already marked. And he has already been replaced by Lee Attenborough, the former Corby Town and Loughborough Dynamo manager.

South Shields welcome Marine to the First Cloud Arena, in another of the eye-catching fixtures in this weekend’s action-packed Pitching In Northern Premier League schedule.