Game two of three consecutive away games is next on the horizon, as the Holy Blues make the trip to the North East to take on Morpeth Town on Saturday, before the shorter journey to Lincolnshire rivals Grantham Town, that one on Tuesday night, in the Lincolnshire County Cup. At the time of writing, it's the next game that is the important focus though, with league points up for grabs!

The positivity and confidence in the camp is there for all to see, and the Holy Blues will be heading to Craik Park full of belief that a first victory over the Highwaymen on their artificial surface is possible. Due to the curtailed, Covid hit seasons, Trinity have only played Morpeth once at their place, since the host's promotion to the Pitching In Northern Premier League four seasons ago. Remaining in the Trinity setup since that first visit is player boss Neal Bishop and players, Matt Yates, Isaac Rice and George Hornshaw. All who will be hoping for a happier 151 mile return journey back down the A1(M).

Asked for his thoughts ahead of the Morpeth match up, Blues' Assistant Manager Darryn Stamp outlined the challenge ahead, "Saturday sees us with another tough test away to Morpeth, but the boys are still buzzing after the comeback win at Stafford and will be looking to extend our fantastic away form. At 3-0 down last Saturday, even the most optimistic Trinity fans would have probably settled for salvaging some pride, but we saw how much character and belief there is in our dressing room."

And he implored the Trinity faithful to again be out in numbers this weekend: "Hopefully, the away fans will be out in force again at Morpeth and we can put on another show to further stake our claim for a place at the top end of the table come the en 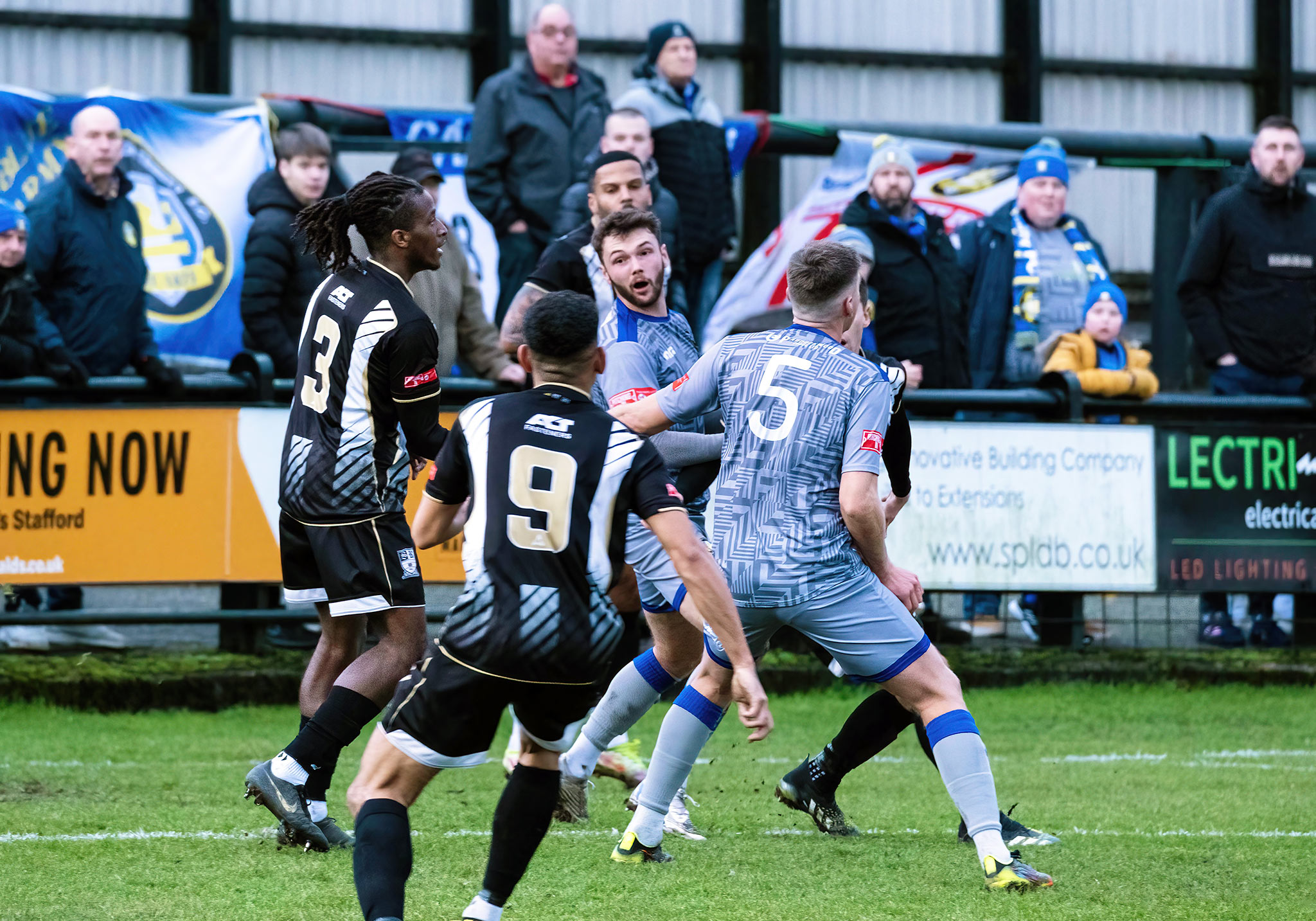 d of the season."

In the reverse fixture, the two sides played out a 1-1 draw, when Clayton Donaldson's strike was quickly cancelled out by Connor Thomson, at the back end of October. Donaldson now only one off twenty goals for the season following his late winner last weekend, by the middle of January!

Sitting in 18th position, accumulating 25 points from 23 games, a point above Nantwich and two ahead of Curtis Woodhouse's Marske United (who have an incredible five games in hand) this season has been a tough one on the field. At home, the Highwaymen have won five and lost five in the league, drawing the other game. A look at their record at Craik Park makes for quite interesting reading. Their first six home fixtures yielded four victories before a draw with Bamber Bridge broke that winning streak. A quick return to winning ways saw three points gained against Stafford, but following that three point haul, disappointing home defeats to teams without scoring, proving tough to take.

Blanks against Marine, South Shields, Belper and Whitby mean the Holy Blues will need to be wary of a backlash. Current table toppers South Shields, despite winning, only managed a narrow one goal victory in the New Year Bank Holiday fixture. We all know there are no easy games in the division and Bish and Stampy will undoubtedly have the lads prepared, focussed. And ready to win their individual - and collective battles, when they cross the white line at three o'clock on Saturday.

In terms of squad news, it was announced on Friday, that Ethan Bojang had left the club, having made fourteen appearances, including eight starts for Neal Bishop’s Holy Blues. The midfielder featuring regularly at the start of the season, in the unfamiliar full back position. Versatile Grimsby Town man Jamie Bramwell also joined the club on a one month loan from Grimsby Town, having previously spent three months on loan at Whitby Town.

As touched on earlier in the preview, Morpeth play their home games on an artifical 3G playing surface. Parking on site is plentiful, with a Club House bar ready and waiting to welcome the Trinity travelling faithful. With a range of beers, ciders and bottles to suit all tastes. For those who haven't been, there are two covered stands either side of pitch to shelter from any inclement weather conditions - and protect your printed Matchday programme from any unplanned for showers!

Tickets are priced at £12 adults, £8 concessions and £4 for U16s. And it's free for Under 5s, so why not make the trip. It may well be an adventure (a 300 mile round trip adventure) but following the Holy Blues away this season has certainly had it's perks!

There are some eye-catching fixtures in the Pitching In Northern Premier League this weekend, the Warrington derby, with Rylands hosting Town, resurgent Guiseley hosting table topping South Shields. FC United of Manchester and Hyde United lock horns at Broadhurst Park, and two of the sides vying for a play off spot meet when Marine entertain Jamie Milligan’s Bamber Bridge.